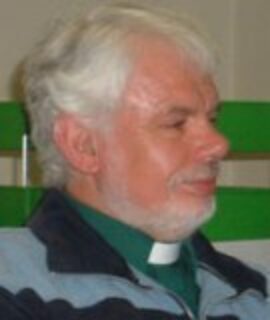 Andrew Burrell, the recently appointed Treasurer, attended his first Management Committee. Michael, Harvey, Dave and Andrew have already made significant contributions to the work of PCN Britain, for which we are grateful.

​Strategic Plan Progress: The draft of the proposed Leaflet for Churches was discussed. The aim of the leaflet is to help churches think through the big questions of faith outlining what PCN Britain has to offer by way of resources. Our aim is to have the leaflet ready to launch at our September conference.

Newsletter: discussions are on-going concerning the current use of blue paper especially as this is not now considered suitable for the visually impaired. It was agreed that the March newsletter should be printed on white paper.

Administrator’s Annual Appraisal feedback: the Management Committee warmly welcomed the annual review of Andy Vivian’s work and approved the targets given to the Administrator.

Partnership Meetings: PCN Britain continues to work with partner organisations [e.g. Together in Hope publications; Greenbelt; national conferences; etc] and recently attended a Partnership Day in London with a number of other progressive Christianity groups. Plans are underway for major partnership conferences in 2013 in Yorkshire and London. We also plan to celebrate the 50th anniversary of the publishing of ‘Honest to God’ during 2013.

Website Re-design and re-launch: The sub-committee reported on progress so far and a final decision on the format and features will be made at the March meeting. Discussion took place of a draft paper on the planned

programme for notifying and training groups on how to post material on their five new web pages. Five training videos would be available on line in time for the re-launch. Plans were also confirmed for the production of a series of 4 short videos, “What progressive Christianity means to me” for the re-launched web site.

Groups Policy Subcommittee: discussion took place on the relationship between PCN Britain and groups affiliated to the network. Consideration was given to the constitutional and practical arrangements that govern how groups interface with PCN Britain. It was agreed that a set of proposed Guidelines and a list of benefits would be circulated in the next group convenors’ email.

May 11-13 residential weekend at The Hayes, Swanwick ‘sold out’ within a couple of weeks of advertising. There is a reserve list for those who missed out.

19th May AGM and day conference at St Columba’s URC, York. The conference theme for this year, arising from the strategic plan, is “How progressive Christian communities can be people of The Way”. The speaker will be Chris Howson, a mission priest in Bradford, author of “A Just Church.” AGM notices along with some proposed additions to our constitution will be issued by April 14th. Please put the date and venue in your diary – we look forward to seeing you in York! Details of a small charge to cover costs will be sent in the next Chair’s Email Update.

There will be a September conference in London and further details will be available in the near future.

The PCN groups in Glasgow are talking to Marcus Borg about a conference in Glasgow in the autumn. If this is confirmed we’ll let you know and put the details on the PCN website.

2012 Membership renewals and news of groups: It was noted that renewals were well under way [but if you have yet to renew please do so as soon as possible!]. Newcastle and North Merseyside are the two latest group names to appear on the website [North Merseyside is already meeting and Newcastle is to launch this month.] The Management Committee is committed to building closer links with groups in the network and would like to visit all groups as speakers or listeners over a three-year cycle.

Thank you for your continued support for PCN Britain and for your involvement in the work of progressive Christianity. If you have any questions or comments arising from this email update then please get in contact with me.