Canon Robin Gibbons preached at the special Matins held at Christ Church, Oxford on the day of Newman's canonisation 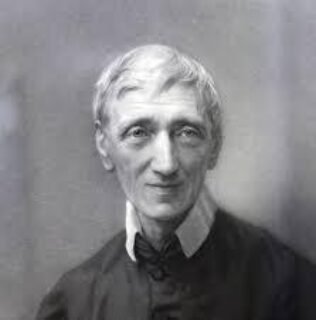 John Henry will also be seen as a teacher ..a seeker ... a more balanced voice showing how faith and reason co-exist.

Canon Robin Gibbons preached at the special Newman Matins held at Christ Church, Oxford on the day of the canonisation of St John Henry Newman in Rome. In many ways this was an historic moment, a recognition by the Anglican community of their receptivity and love of one who did so much for Anglicanism but also who is bringing the two churches closer together. Canon Gibbons is one of Christ Church's Ecumenical Canons and the first Catholic priest ( Henry Mayr Harting being the first Catholic lay Canon as Regius Professor of Ecclesiastical History form 1997-2003). Even though he transferred form the Latin to Eastern Rite, he remains Catholic. "It was in many ways a very historical and moving moment for us in Christ Church and from it comes a desire to know Newman and to forge closer ecumenical bonds, and to somehow commemorate him in the place he began his ordained ministry," he told The Tablet. "I am sure that in years to come, many will make pilgrimage to Oxford on a Newman journey, the close ecumenical ties we now begin to have in the Cathedral are partly a sign of his inspiration." Full sermon with this item: