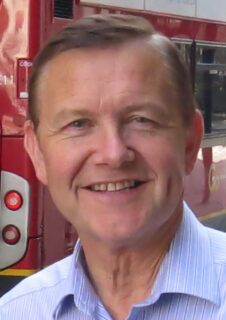 This is often because they suspect that we are not ‘sound’ Christians. They usually have a credal checklist in mind against which they seek to assess us. Here’s an example from a recent correspondent.

“I have found it impossible to understand what it is exactly you do or do not believe in... Intellectually it is like trying to locate the scarlet pimpernel! If I may give an example; I recall reading that some members do not believe in Christ`s divinity - God`s direct supernatural intervention in his conception, etc. I cannot clarify if this is correct or just one member’s view of things... Are you saying that you do not accept supernatural events at all or maybe some? Is it possible to itemise the elements of `Standard Doctrine` which you do actually find difficulty with.”

Answering these letters usually falls to our PCN chair, Adrian Alker. In replying to this particular enquiry, Adrian first directed our correspondent to the four leaflets and our eight points. But he felt it was important to challenge the assumption that PCN as an organisation should have a defined creed.

“We are a large membership organisation whose members have very differing standpoints when we consider the Christian faith. We have those who maintain a fairly orthodox understanding of some of the central claims of historic Christianity and at the other end of the spectrum those who would describe themselves as non-theists or non-realists. And there are many more opinions. Members are drawn from all denominations and none. What I think unites us is to see the Christian faith not as a systematic set of beliefs which must be adhered to for the sake of orthodoxy but rather we see Christianity as being the Way to follow the life and teachings of Jesus in our contemporary world. Many people, perhaps yourself, value the framework of credal affirmations, but others seek to find fresh ways to express the truth of God today. Clearly we are meeting a need since our membership is growing and many people attend the various conferences and other events we promote.

We try to promote honest intellectual enquiry over the Bible and Christian doctrine and value reason and experience in that endeavour. Much of this is pretty mainstream liberal Christianity and we have good relationships with other organisations such as Modern Church.

I hope this response goes some way into answering your questions re PCN.”

Perhaps you have a view. The comment section below is yours to express it.