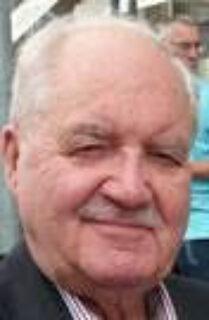 Jack was a Lay Preacher of some renown, but his progressive views didn't please everyone

I first became aware of Jack Dean through articles he had written for Progressive Voices and letters to Reform – the magazine of the United Reformed Church.

My first correspondence with Jack was a request for the first of two booklets of essays he had produced, (the two booklets were 'Didn't see you in church, Jesus' and ' A View from the Pew' – They can be downloaded from the website). This was the start of a blossoming friendship, that was further enhanced when I wrote a letter to Reform in support of Jack, when some readers took offence at a letter he had written.

Jack was a man of many talents; he had a very good singing voice and took part in many concerts and musical productions. Margaret, Jack's wife, is an accomplished pianist and this is how they met; they married in 1993.

Apart from anything else Jack was a Lay Preacher of some renown, but his progressive views didn't please everyone; however he took inspiration from the likes of John Shelby Spong and other progressively minded writers. Jack was an excellent photographer, often photographing weddings and other events. He was also a very talented artist, his freehand sketches being meticulus in their detail; no doubt because Jack had spent a period working as a Draughtsman. For a period of his working life, Jack worked for De Havilland, where he developed a keen interest in aviation art; he amassed a fine collection of pictures of various aircraft, many of them signed by famous aircrew; he also had a wonderful collection of model railway engines, another of his interests. It would be impossible to list all of Jack's interests and achievements, but I hope this will give some idea of the depth of this man, who tried to follow the teaching of Jesus, that we should love one another, while rejecting the icon the Church has made of Jesus the Christ. - Sleep well, Jack … you have earned your rest.