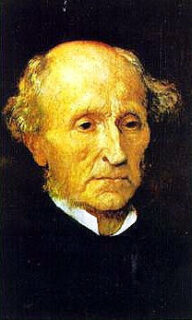 A number of progressive Christian congregations in America have decided ​to mark the inauguration of President Donald Trump on 20th January by attending Friday prayers at their local mosque. Their aim is to pray in solidarity with those who have been the target of Islamophobia.

Here in the UK, we've not heard of such initiatives, though it would be well worth considering. What we have heard about are protests and marches taking place on both Friday 20th and Saturday 21st. Their aim is to show solidarity with those who have been the target of Donald Trump's campaigning - immigrants, Muslims, women.

There are protests in five UK cities on Friday organised by the activist group Stand Up to Racism.

Likely to attract greater numbers are marches taking place the day after the inauguration (Saturday). These are planned in London, Edinburgh and Shipley. They are spin-offs from the major demonstration which will be taking place on the same day in Washington DC, under the banner, Women's March on Washington. There are 'sister marches' taking place all over the world and these are listed on the Women's March website. In a statement they call for both women and men to join the marches. Their aim is to 'unite and stand together for the dignity and equality of all peoples, for the safety and health of our planet and for the strength of our vibrant and diverse communities.'

If you feel that this is a time when it is important to stand up and be counted, you may wish to consider joining one of the marches or supporting organisations such as Stand Up to Racism, or writing to your paper or your local mosque to express solidarity with those who will find the election of President Trump deeply troubling. Our Eight Points underline the values of inclusivity, compassion and resistance to evil as well as respect for other faiths and for the well being of our planet.