The Earth is the Lord&#8217;s: Renewing the Covenant of Creation 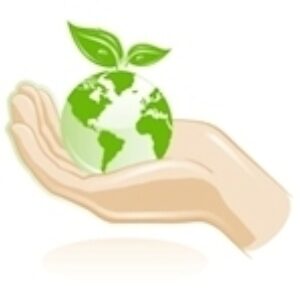 This is the annual conference of Modern Church. It will look at the environment and sustainability through the lens of creation theology and the idea of the eternal covenant which binds all creation and human society into one God-given system.

​The Church needs a characteristically Christian approach to the current environment crisis. There is a danger that by repeating fashionable secular positions, the Church may be adopting ideas and assumptions that are not compatible with our core beliefs.

This conference will explore what the Bible says about the creation, based on the most fundamental (and most neglected) idea of the eternal covenant which binds all creation and human society into one God-given system.

The speakers will look at examples of breaking the covenant and the consequences for the environment; at some attempts to restore the covenant by new industrial practices and new attitudes; and at how this can be put into practice at a local level and expressed in worship.

Margaret Barker: Conference chair Margaret Barker read theology at the University of Cambridge, England, and went on to pursue her research independently. She has developed an approach to Biblical Studies now known as Temple Theology. Elected President of the Society for Old Testament Study in 1998, she edited the Society’s second Monograph Series, published by Ashgate.

Michael J Frye: is a UK industrialist with a diverse international portfolio of technology, manufacturing and starter business interests and a personal focus on London, climate change and water purification.

Helen Hutchison: is a Church of England Environment Officer in the Diocese of St Albans. Her lifelong interest in the writings of Teilhard de Chardin and Fr Thomas Berry, priest, ecologist and philosopher, inform her work and understanding of the climate crisis as a spiritual crisis brought about by humankind’s loss of connection with the earth and its sacred gifts.

Jeffrey Newman: is Rabbi Emeritus at Finchley Reformed Synagogue and Founder Director of Earth Charter UK, an initiative which brings together human rights, justice and equality.

Hylton Murray Philipson: is Managing Director of Canopy Capital, a private equity firm focused on the development of new ecosystem services markets. He first explored the Amazon basin at the age of 17 and subsequently established Morgan Grenfell in Brazil at the age of 23. He has given interviews on the future of the Amazon to the Today programme on Radio 4, as well as BBC television.

Tom Spencer: is Executive Director, European Centre for Public Affairs, and Vice Chairman of the Institute for Environmental Security in The Hague where he takes a particular interest in Forests and Climate and the Greening of Security Policy. He is a member of the Conservative Party’s Quality of Life group on Climate Change.