The 2015 Parliament of the World’s Religions 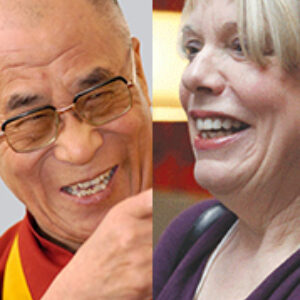 The Parliament is the oldest, the largest, and the most inclusive gathering of people of all faith traditions. If you care for religions and nations working together in harmony with each other for the good of humanity, you are welcome to attend.

Most of the 2015 Parliament programming will be around three critical issues and three constituencies.

Three Critical Issues for 2015 are the following:

Three Focused Constituencies of 2015 Parliament are these:

John and Joan Miller, who are PCN members, have had good experiences of the Parliament of the World’s Religions and John has written the following to encourage others to go

In 1893, in an era of international confidence, it was decided to hold a World Trade fair, which took the form of “The World`s Columbian Exposition”. Celebrating the 500th anniversary of Columbus` famous voyage, it was held in Chicago. To it, however, came also the first meeting of the Parliament of the World`s Religions – a strange adjunct, indeed, to a trade fair: yet one which arose from the same spirit of international co-operation and optimism. To arrange the meeting, sixteen men of different faiths had already sat down together. The first “parliament” led to the drawing up of a list of ten objectives for inter-faith co-operation, many of which are still relevant today. 1) To bring the leaders of world faiths together 2) To discover and demonstrate truths held in common 3) To promote human brotherhood, as distinct from either unity or mutual indifference. 4) To clarify the differences between religions. 5) To affirm theism and a theory of immortality 6) To set forth the social and cultural effects of religion. 7) To enquire into the influence of each religion on the others. 8) To publish an account of the present condition and outlook of each religion. 9) To throw light on current world problems. 10) To foster international fellowship and peace.

The movement so well begun was interrupted by two world wars, and was not resumed for a century. In 1993 Chicago hosted a revival, which was attended by several thousand people. Subsequent gatherings, equally popular, have been held at Capetown (1999), Barcelona (2004), and Melbourne (2009). Having attended all three, I can personally recommend the experience very highly! The next one is planned for Salt Lake City in October 2015.

Strictly speaking, it`s not a “parliament”, having no legislative power whatever. Nor are those who attend elected as representatives. The thousands who gather to hear the speakers and participate in workshops simply apply to go, declaring only what faith they adhere to and a willingness to participate. Of course, cost is a consideration, and fees are charged. But we would encourage readers to consider visiting Salt Lake City next year to participate in a wonderful week of inter-faith/multi-faith events.