Something for the Soul: Garth Hewitt in concert 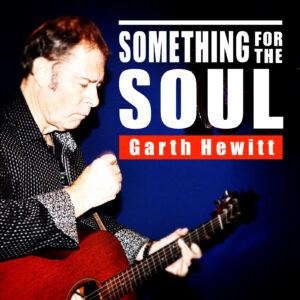 A concert in Bakewell church to raise funds for the Amos Trust, the human rights charity working in the middle east.

Garth Hewitt, troubadour, gospel singer, protest singer and activist released his first album in 1973, with his most recent, Something for the Soul, in 2014. With more than 40 albums in between Garth’s rootsy storytelling songs are influenced by country, folk and blues. Garth will be singing songs from his latest album Something for the Soul, these reflect songs of hope and protest, stories and Bethlehem theology.

Touring tirelessly for 40 years Garth has visited areas of poverty, conflict, deprivation and disaster, prioritizing friendships with local people and bringing them encouragement, but always returning to Europe and the US with personal stories bringing to life media headlines, keeping individual’s stories at the forefront when newspapers have forgotten, and challenging the privileged to share, and to join the protest against injustice. Profits from this concert will go towards the work of the human rights charity ‘Amos Trust’, founded by Garth in 1985. The concert will include songs and stories about communities in Palestine, Nicaragua and elsewhere campaigning for justice.

During the evening a bar will be available.