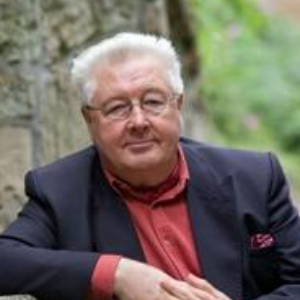 St Marks Centre for Radical Christianity is delighted to welcome Douglas Davies, Professor in the Study of Religion, University of Durham to St Mark’s Church, Broomhill for its Autumn Conference

​It would be difficult to over-estimate the importance of ritual within human being. It emerges within the experience of our earliest ancestors as they struggled to make sense of existence, mediate their relation to an unpredictable world, mark important transitions in life and give expression to their deepest longings and aspirations. Unsurprisingly, Christianity, like each and every religious tradition, soon evolved its own rituals which, through the passage of time, became associated with particular beliefs or conveyed authority to particular individuals and structures.

In a climate of greater freedom to reflect critically, yet constructively, on the past, it is vital that we rediscover the role of ritual within an on-going exploration of what it means to be true to Jesus as we seek also to be true to a faith that is reasonable and relevant yet pioneering and fearless, informed (but not constrained) by the orthodoxies of human inquiry; faith that is willing to live with the complexities and uncertainties, the opportunities and challenges, characterising the human condition.

To help us in this vocation, we are delighted to announce that Professor Davies will lead our Autumn 2012 Conference. Native of a South Wales mining community, Douglas studied anthropology and theology at the Universities of Durham and Oxford, before embarking on an academic career whilst training for the ordained ministry within the Anglican Church and subsequently serving curacies in a number of urban and rural parishes. Since 1997, Douglas has been based in Durham, where he is currently Professor of the Study of Religion, and has developed an international reputation in the role of ritual in human being and flourishing.

Douglas will deliver 2 lectures during the day.

An exploration of the dynamics of ritual through which social force is created and meaning intensified, including how ritual traditions are formed and perform with respect to personal needs.

An exploration of the satisfactions derived from ritual performance, including the potential of ritual to achieve individual and collective life-goals as well as to create community and express shared convictions.