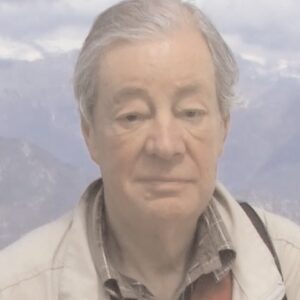 This is the last in the current season of Thinking Allowed lectures taking place in Glasgow.

If the sixteenth century saw the dissolution of the edifice that was the medieval Church of Western Christendom it was the late nineteenth and twentieth centuries that saw the dissolution and collapse of traditional belief. In this lecture we will look at some of those scholars and thinkers whose writings and work subverted forever received belief and also the reappraisal and new understanding of scripture that arose in the divinity halls of Europe. In other words, how we came to be where we now are. But more crucially – where do we go from here in the dying days of the Church in Scotland.

David A Keddie grew up in Helensburgh and after school at Glasgow Academy took an MA with Hons in History at Glasgow University before doing his BD with Hons in Church History at New College in Edinburgh. He served in a number of parishes in the West of Scotland before obtaining a Post-Graduate Certificate in Education from Jordanhill College of Education and teaching for nearly twenty years. For many years he was on the Higher Religious Studies Panel of the SED and was Principal Examiner of the Certificate of Sixth Year Studies in Religion and Moral Education. He was Chairman for a number of years of the Local Research Ethics Committee at the Southern General Hospital. Brought up fairly conservative theologically, he has moved ground over the years to a much more radical position but still enjoys conducting services where the sermons tend to ask more questions than provide answers. He is a member of PCN Britain.

Each winter Cairns and Orchardhill Churches host the THINKING ALLOWED series of lectures, focusing on the community at large. Senior practitioners from a variety of academic, social and spiritual backgrounds are invited to address and debate important issues, free from the constraints of normal worship.