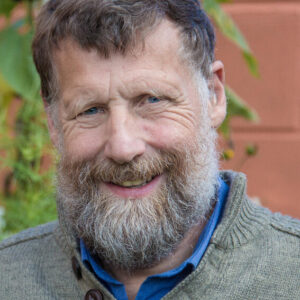 ‘Towards Third Millennium Christianity: Activism, Nonviolence and the Mystical Imperative’

If Christianity still matters, then why? Alastair McIntosh will argue that Jesus was an activist on a cosmic scale. He understood non-violence as the power of love. Religion of the first and second millennia has, for the most part, compromised that vision. Third Millennium Christianity is a refreshed opening of the way, a way of liberation. It seeks, in co-operation with other faiths, to walk the mystical path and bring fresh hope into the world.

Described by the BBC as “one of the world’s leading environmental campaigners”, Alastair McIntosh is a pioneer of modern land reform in Scotland. His books include: Soil and Soul: People versus Corporate Power; Hell and High Water: Climate Change, Hope and the Human Condition; and Poacher’s Pilgrimage: an Island Journey. He’s an honorary fellow of the School of Divinity at Edinburgh University and an honorary professor at Glasgow University. He is a Quaker by faith.

donations to cover costs will be requested. The day will open with the lecture, to be followed by workshops and panel discussion, to end by 3.15pm. Tea and coffee will be available.

TRANSPORT: The X43 bus running between Manchester and Skipton stops opposite the church. There is parking in nearby streets and car parks. (A train service runs on Saturdays between Bury and Rawtenstall.)