Beyond Forgiving - a South African Story 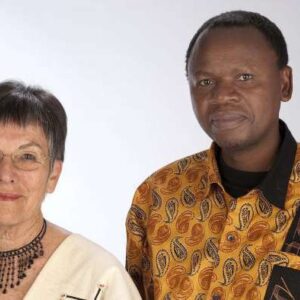 He ordered retaliatory massacres. Her daughter was killed. This film depicts the journey of two South Africans trying to move beyond their pain towards forgiveness and healing.

A showing of the award-winning documentary film will be followed by a discussion led by the Executive Producer, Howard Grace, a member of PCN Britain.

The film explores the story of Ginn Fourie and Letlapa Mphahlele. In 1993, during the apartheid era, Letlapa, then director of operations for the military wing of the Pan-Africanist Congress, ordered reprisal massacres in response to the killing of black school children. Ginn lost her only daughter in one of these. She later forgave Letlapa.