Will your church be alive in ten years? by Ken Briggs OpinionParish - (NCR) 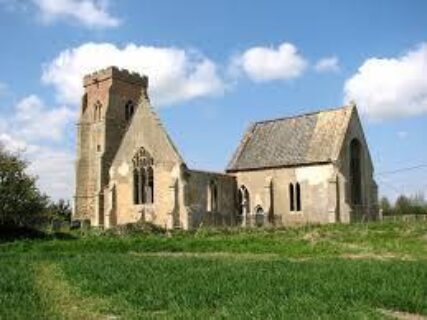 Like stocks and bonds and the real estate market, religion has become more about "futures," not in the Kingdom of God sense but in the realm of numbers. As in, is your church likely to be alive in 10 or 20 years?

America's vitality is usually measured by growth or lack of it, epitomized by the Gross National Product report card. The tools for calculating gains and losses are digital and electronic, spewing a ubiquitous swarm of survey results and polls purporting to tell us how our institutions —and, by extension, we — are doing

For churches, the arrows have been pointing sharply downward. "While survey teams agree that closings have increased in recent decades, none claim to possess anywhere near exact numbers. Estimates generally range from 4,000 to 10,000, depending on the types of churches counted and their relative visibility. Storefront churches come and go regularly, for example, without much notice.

No single source collects the exact number of closings among the vast array of church groups, but the available evidence confirms a broad decline. The evangelical magazine Christianity Today, which has no incentive to undercount, places the losses of sanctuaries between 2006 and 2012 alone at 30,000.

Shutting down churches has led to an increasing decrease of active Christians, a trend set in shocking relief by a contrasting surge of Americans who belong to no religious group, now more than 23 percent of adults and 36 percent of millennials.

Church sociologists peg the total of churches of all types at about 350,000, of which 314,000 are Protestant, 24,000 Catholic and Orthodox and the rest comprised of sects and religious traditions with mixed or non-Western identities such as Muslim, Hindu and Buddhism.

Profiles of congregations spotlight the threats to their survival. Pew and other big research institutes underscore weakening vital signs. According to Reach Right, a church marketing agency, at least 61 percent of churches have fewer than 100 members. Another 40 percent number between 100 and 350. Most were once considerably larger and more vibrant. Half of Protestants still gravitate toward larger churches of more than 300 which, though suffering the same downturns, appear comparably viable.

Overall, reports from the highly respected Barna Group, which primarily serves religious clients, calculates the average Protestant church membership at 89. With many fewer young people joining, the age range of members has rapidly risen along with attrition through death. Fewer members dries up funds to support pastors and basic expenses. Closing becomes the only option. Catholic shrinkage is no less stunning in terms of defections driven by many frictions, most graphically reactions against shocking clergy child abuse scandals and dissent from church teachings and practices. As the rolls decline and the supply of priests lessens, dioceses all over the country have closed and consolidated parishes, often in the face of anguished protests from communicants loyal to home parishes.

Many of these stark realities of decline go largely unnoticed because church structures themselves retain the size and stateliness of more prosperous times. From the outside they may look like pillars while struggling to keep the lights on.

Another widespread illusion is that those huge, brash, boisterous megachurches are taking up the slack. The surveys show nothing of the kind. Only eight percent of the church-going population goes to them. They do make a splash, often on television, but as attractions they tend to draw many curious-minded searchers who don't stay long. Bigness, contemporary music and state-of-the-art media messaging does attract and hold some believers, but the phenomenon, sometimes billed as the cure for stodgy old time religion, hasn't proven to be a magic pill for the more intractable retreat from Christianity.

Breathless tracking of the un-attached, or "nones," has magnified the fate of churches by providing a pollster horse race. Rather than the various branches of Christianity jockeying for share of the population, they must now collectively contend with those who shun churches altogether.

The latest returns from the General Social Survey (GSS) track show every major church group either lagging or struggling to keep pace while the nones keep gaining ground. The churchless now share the lead with evangelicals and Catholics (approximately 21 percent in the GSS). I have heard no credible claims that an incipient religious revival is in the works to reverse this direction. To the contrary, none-like symptoms may be showing up in the churches. Barna, for example, speculates that even sizeable portions of church attendees neither feel connected to God or to Christianity.

The drift has caught the nervous attention of church leaders across the board. Gone is the relaxed confidence that membership ebbs and flows follow a certain cycle that will in due course refill the churches.

The solution is wrapped up in the word "evangelism" which signifies Christianity's drive to persuade outsiders that faith in its Lord is paramount as a way of life. For reasons which cannot be covered here, evangelism in that sense barely exists any more. Most Christians I encounter have assumed that there is a natural momentum that brings people through the door in one way or another. Few feel prepared or equipped to convert anyone to an outlook that they're often not very sure about themselves.

Prospects for the churches on a broad scale become defined by accumulating data sets and quantitative analyses. The statistical picture grows darker, yet the breath of life for church vitality springs in hearts of believers beyond the limits of scientific discovery. Effective ministry and sacramental hope exist against improbable empirical odds.

Apart from the big picture, my cousin Gary responds to the realities on the ground. He is a member of a church more than two centuries old, one with a proud heritage among northern or American Baptists. It belongs within the legacy of Roger Williams' zeal for religious liberty and human dignity. Six decades ago its pastor was one of the first women to be ordained in hers or other denominations.

My cousin's ordeal with dangerous cancer was alleviated by the mercies of fellow members of the congregation. Recently he was asked to be head usher and he felt grateful.

When he goes to worship these days, he looks forward to seeing his circle of friends and fellow supporters. He likes the minister's sermons and bakes pies for church celebrations.

But he also enters a cloud over the church's future. Over the past few years, the once robust congregation has been reduced to fewer than 40 members. Last year, dwindling finances resulted in the minister cutting back to half time. Two months ago he announced he was retiring. Though it wasn't directly tied to an end of the church, my cousin took it as a portent as did others, he said.

American Baptist leaders are attempting to arrange a part time pastorate in good faith, but it seems just a matter of time before the pulpit goes silent. A half dozen formerly formidable churches within a two mile circumference, including two Catholic parishes with strong ethnic ties, have either shut down or are expected to soon.

The death of a congregation is unsearchable. It affects friendships and faith journeys that have existed for decades. It dissolves choirs and Bible studies, suspends visits to the sick and home bound and ends the joys of shared church dinners. The archive of weddings, baptisms and funerals is likewise sealed for all time.

[Ken Briggs reported on religion for Newsday and The New York Times, has contributed articles to many publications, written four books and is an instructor at Lafayette College in Easton, Pennsylvania.]