Why won’t intelligent clergy step up to the pulpit and tell the truth? 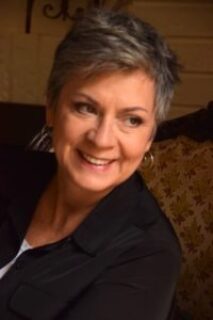 The other day it was coincidence that I had some clergy friends, all retired, for supper and so laid on the story recently in Progressions about Americanized Chinese food vs. the ‘Real’ Chinese food. Bible as it has been told for hundreds of years vs. the real meanings in the Biblical stories. This drew more than a little discussion. One very experienced clergyman, almost 90 and a humanist Christian and a modern thinker, made an analogy. He said that progressive Christianity was like a doughnut, all sugary and nice but that there was nothing in the centre but a hole.

I am told that at meetings of the clergy in my isolated city of 110,000 people that they discuss truth in religion among themselves. I asked why they didn’t mention some of the obvious things, shown by science, from the pulpit. Was it that they feared losing their jobs and their pensions? Trying to exist in this community of staunch Protestant and Roman Catholic traditions bordered by Bible chapels is a lonely existence particularly with no overt support from clergy.

1. Why won’t intelligent clergy step up to the pulpit and tell the truth at least about the many Biblical things that can be explained with mechanisms known in the last 2000 years? (e.g Darwinism, radio carbon dating, our world is not earth centred, and earth is round not flat!)

2. How does a progressive Christian exist with no Christian community of support even from clergy who certainly do discuss modernized theology. It certainly is a lonely vigil.

3. And how are we to fill that doughnut hole? Tough imagining something beyond comprehension and greater than can be imagined. What is there to grasp in the hole for Progressive Christians?

[ Obviously I am trying to solve some of my own problems by subscribing to Progressions and the Progressive Christianity websites. I have also remotely joined Gretta Vosper’s West Hill United Church which is a mere 20 hour drive from Thunder Bay Ontario. I get their news and upbeat messages by their newsletter/bulletin. Still, it would be nice to find a few people who see Christianity in an enlightened form as I do, certainly among clergy many of whom certainly are in agreement with a progressive stance even if it has to be in a clandestine guise. I am certainly not against ritual etc. but am against Creeds and prayers I feel are absurd now after 2000 years of progress in society.]

A: By Rev. Gretta Vosper

Your questions are the those asked by progressive Christians around the world. Each is a great question and deserves to be answered fully. So this is an answer only to the first. The others will come in subsequent opportunities.

There is no single answer to this question. Every clergy person has a different reason for not sharing what they know with their congregation: “My role is not to trouble people’s faith; it is to support their beliefs, no matter what those beliefs are”, or “They know what I mean; I don’t have to say it outright,” or “I don’t ‘tell’ the people anything; I let them discover the meaning of God’s word for themselves,” or, as one colleague confided, “I’m an economic coward,” a confession that broke my heart.

The late Marcus Borg and I had very different opinions about the use of Christian language. Marcus, who was never trying to obfuscate, inadvertently offered clergy the tools with which to do so. While he felt that it was crucial to maintain language exclusive to Christianity both for nostalgic reasons and to reinforce the Christian community around its common language, encouraging clergy to continue to use it provided them the smoke screen they needed to limit demands for their true beliefs.

With Marcus’ guidance and the work of many scholars over the centuries, “God” has undergone extensive renovations and come to mean much more that it ever originally did (if we can even know that). The process theologians have used is “stipulative redefinition”: take the old words and s-t-r-e-c-t-c-h them over new definitions. So the Holy Trinity, for example, doesn’t have to mean God is god, Jesus is god, and the Holy Spirit is god and all of them are the same god, in the way the church fathers hashed it out in the fourth century. It is now seen as a metaphor and may bring us to understand that god is the communal struggling necessary to articulate our highest ideals for our own time (or anything else, for that matter). Marcus believed that we needed to teach our new, metaphorical understandings to our congregants so that we could continue to use language like “Holy Trinity” in our gatherings and be understood. I disagreed. In my opinion, to do so simply closed the door to those not initiated into the secret code shared by clergy within a congregation through bible classes, sermons, or over Saturday morning coffee.

And, sadly, I think there is no small amount of paternalism by clergy toward their congregants. I say that because of my own experience as a clergy person who has been belittled for my “infantile” beliefs or my use of “straw man”, “simplistic” descriptions of the god called God to make my arguments, when god is really so much deeper and richer than that. Those who make such accusations have clearly not been interested in understanding what it is I am saying (which stands regardless of what definitions one uses); they seem, rather, interested in proving how much more highly evolved their own definitions are, and, by extrapolation, how much smarter they are than I. I suspect they have similar attitudes toward members of their congregations, deigning only to be honest about their beliefs to those they know can “handle the truth”. It is as though congregants won’t be able to stand it if we’re honest with them about what we really believe.

The truth is, many, maybe even the majority, won’t be able to stand the loss of the truths they thought we still held. But that is okay. We cannot shirk the responsibility of honesty simply because it is onerous or its repercussions may be catastrophic. Indeed, the decline of liberal, Christian denominations across the board may be the catastrophic result of not telling the truth, or to be more polite, the result of “stipulative redefinition”, which, even as it maintains the use of language that comforts those in the pews, protects those in the pulpit.

The Rev. Gretta Vosper is a United Church of Canada minister who is an atheist. Her best-selling books include With or Without God: Why The Way We Live is More Important Than What We Believe, and Amen: What Prayer Can Mean in a World Beyond Belief. She has also published three books of poetry and prayers.