Members of Brighton's PCN affiliated group, Beyond Belief, have launched a new progressive Christian congregation located in their local community centre. We asked them to tell their story. 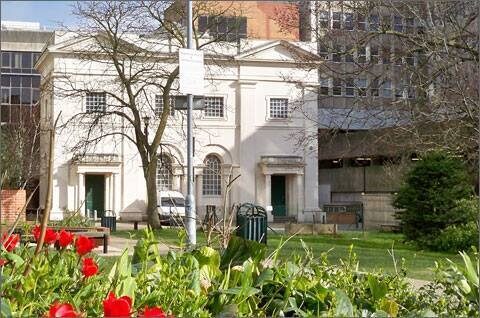 On Saturday, November 26, the Brighthelm Progressive Church (BPC) was launched. It was hardly packed out: eight people came along. But one has to start somewhere.

The deepest origins of BPC are probably lost in the mists of time, its founders having had early experiences of God which did not need to be validated by the church and which seemed to suggest things about God’s love which were not clearly echoed in traditional creeds or interpretations of scripture. Most of the founders are confirmed Christians, however, and card-carrying Methodists at that. As readers may know, Methodism is a very broad denomination and, although it is Trinitarian and professes the historic creeds, members often display a remarkable variety in belief. A past secretary of Methodism, Brian Beck, appeared on a BBC series about Christianity and was asked to define what Methodists believe. His stumbling, hesitating response was a joy to behold!

In 2005, Bishop John Spong was visiting the UK, and this little band of blossoming progressives invited him to also give a talk at their church. Although his talk was mostly autobiographical, it inspired them to read his books and begin what turned out to be a very adventurous theological journey. This grew into a monthly discussion group, which quickly became ecumenical.

In time, the group found that they would like to broaden their theological adventures and share them more widely. So a properly progressive meeting was established; a home was found in a pub; and it was duly christened Beyond Belief. Meetings are advertised on the PCN website and attract a wide variety of people interested in the matters of faith.

But this wasn’t quite enough for this by now quite mixed bag of progressives who were finding that their faith was not being adequately fed and sustained by worship in their respective churches. A wish was born to develop a worshiping group as well.

This coincided with the terminal decline of the city centre United Reformed Church. Based at Brighthelm, a buzzy community centre, the congregation had grown elderly and had lost touch with the life of the centre. We approached their minister, the Rev’d Alex Mabbs, about taking on leadership of a new progressing congregation, to be based in the centre. He was delighted with the idea and so the BPC was born. Alex already leads another new gathering - based outdoors - called the Open Sky Forest Church, which focusses on the environment. We hope that the two congregations may cooperate.

The aim of the Brighthelm progressive congregation is not simply to be a home for Christians who feel out of step with their traditional church; it also hopes to be an evangelical church – a church which shares the good news, creates disciples and works towards the coming of the kingdom of God. The good news being shared is simple: God loves each person unconditionally; following Jesus shows us how we can love unconditionally; this loving promotes justice and joy in ever growing circles and so God’s kingdom grows ever closer. And surely, such an agenda is irresistible!

The group has decided to meet on alternate Saturdays at the family friendly hour of 5pm and to include a light tea as part of the gathering. The chosen space is a simple meeting room which offers opportunities for varied seating and activities. The next meeting is on December 17th and will be a progressive “lessons and carols” – with those attending invited to bring along a reading which expresses their understanding of Christmas, interspersed with carols of a progressive cast. Refreshments will include mince pies and mulled wine. All are welcome!