Why I wrote The Great Spiritual Migration

On the eve of his UK tour, Brian McLaren writes about the title of his new book, a theme which he will develop in eight locations around Britain in October. 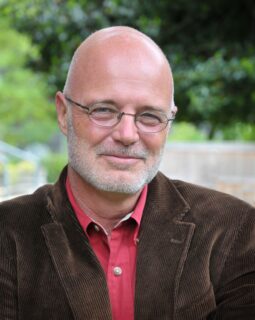 The human story is a tale of people in motion.

Anthropologists tell us that our ancient ancestors lived in southern Africa some two hundred thousand years ago, but it didn’t take long before many began migrating north, eventually crossing into the Middle East. Some then migrated west across Europe and others moved east across Asia. And that, we know, was just the beginning.

The Bible also tells a story of humans on the move, tracing the human journey from life as hunter-gatherers in a garden to nomadic pastoralists with their patriarchs to settled agriculturalists with tribal chiefs and warlords. From there, human beings transition to life in city-states and from there, we become uneasy citizens of jostling kingdoms and colonising empires. Exodus and exile, two of the main story lines of the Hebrew Scriptures, are tales of a people in motion, and the biblical plot line seethes with the deeply human tension between settling down and moving on. Jesus himself was perpetually in motion, leading his disciples from town to town, their physical movements mirroring the spiritual odyssey on which he led them. ‘Foxes have holes and birds of the air have nests’, he said, but he had no such home. He was always on the move, never settling down anywhere for long. His first words were ‘Follow me’, and his final words were ‘Go into all the world’. Jesus, we might say, was a migrant messiah, and the Bible is a book of migrations.

As a boy I was an avid reader of the Bible, and this sense of movement was deeply embedded in me. Then as a teenager I began reading science fiction, and my adolescent imagination was soon expanding with grand dreams of travelling among the stars.

It’s no wonder that Homo sapiens has also been called Homo viator. We are human wayfarers and pilgrims – always on the move.

Well, maybe not always. I grew up in a fundamentalist Christian tradition called the Plymouth Brethren. We didn’t have an official motto, but if we did, it might have been ‘We shall not be moved’. We contributed to the larger Christian community several of Christianity’s worst ideas, including dispensationalism and the Rapture and the whole ‘left behind’ last-days scenario. (You’re welcome.) Our little sect was made slightly famous by the great American humorist Garrison Keillor. His stories about his

childhood in ‘the Sanctified Brethren’ often elicit from me a chuckle of familiarity – and sometimes a wince or groan.

My paternal and maternal grandparents were dedicated members of the Brethren – missionaries and elders, true loyalists. As a faithful firstborn son, I was predisposed to join their ranks as a good Brethren boy, to stay put and play by the rules. But by my teenage years it was clear that I simply didn’t fit in the rigid Brethren box. My love for philosophy, evolution and rock and roll were three spiritual strikes that counted me out. Providentially for me, the Jesus Movement came along in those years, and my experience in that movement made it possible for me to stay Christian, but in a new way, no longer as a fundamentalist, but as an Evangelical.

Although Evangelicals are seen by many as arch-conservatives, people like me who were born fundamentalist often experience Evangelicalism as a big step into more freedom. Scratch an Evangelical, you might say, and underneath the paint you’ll find a fundamentalist seeking a little room to grow. As a young non-denominational Evangelical in my thirties, I became a church-planter and pastor and felt very much at home. I had already come a long way, and I wasn’t going anywhere.

But just as I was settling down, politically ambitious fundamentalists staged a decisive takeover of Evangelicalism in the United States, pulling it firmly into the orbit of the ‘religious right’ and reclaiming it as a camouflaged form of fundamentalism. As a result, by the age of forty, I found that I had moved to the progressive margin of the Evangelical camp. I began writing books from that vantage point, but I quickly learned that zealous conservative gatekeepers were eager to purge anyone to their theological or cultural left. So my location even in Evangelicalism grew more tenuous. Whether I emigrated or was deported is a question up for debate, but one way or the other, by fifty, I found myself on the move again.

Over the last ten years something has changed for me. I haven’t simply moved to a new location where I am now settling down – from, say, static fundamentalism to static Evangelicalism to static liberalism. Instead, I’ve come to see that what matters most is not our status but our trajectory, not where we are but where we’re going, not where we stand but where we’re headed. Christian faith for me is no longer a static location but a great spiritual journey. And that changes everything.

As I see it, religion is at its best when it leads us forward, when it guides us in our spiritual growth as individuals and in our cultural evolution as a species. Unfortunately, religion often becomes more of a cage than a guide, holding us back

rather than summoning us onward, a buffer to constructive change rather than a catalyst for it. In times of rapid and ambiguous change, such a regressive turn in religion may be understandable, but it is even more tragic: when a culture needs wise spiritual guidance the most, all it gets from religious leaders is anxious condemnation and critique, along with a big dose of nostalgia for the lost golden age of the good old days. We see this regressive pull in many sectors of Christianity, along with sectors of Islam, Hinduism, Buddhism, Judaism and other religions too.

In that light, it’s no surprise that people by the millions are moving away from traditional religions entirely, often into secularism, often into experimental forms of spirituality that are not yet supported by religious traditions. But at this pivotal moment, something else is happening. Within each tradition, unsettling but needed voices are arising – prophetic voices, we might call them, voices of change, hope, imagination and new beginnings. They say there’s an alternative to static or rigid religion on the one hand and religion-free secularism on the other. They claim that the Spirit is calling us, not to dig in our heels, but rather to pack up our tents and get moving again. They invite us on a great spiritual migration – not out of our religions, but out of our cages and ruts, not as jaded ex-members, but as hopeful pilgrims moving forward in the journey of faith.

This extract is taken from the preface of The Great Spiritual Migration. Brian McLaren's tour of the UK starts on Saturday October 8th. A full list of venues and times and how to purchase tickets