Why I think "God as a Baby" is confusing theology

A column in the Church Times prompted Richard Tetlow to pen this letter to the editor of that newspaper. Richard takes issue with the notion of a baby as God. 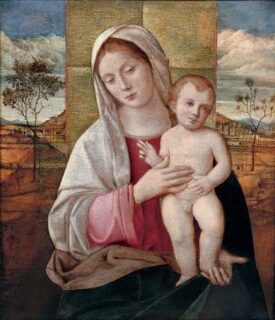 ​In his column in the Church Times (21/28 December), Giles Fraser says because “all religion is intrinsically messy … it won’t tell me that my absurd hopes and dreams are absurd”, for the “best parts of the Bible are the weirdest”. He then says “A baby as God: it’s ridiculous”, presumably upholding both the idea and it being ‘ridiculous’.

​I usually admire Mr Fraser’s common sense religion so I regret that this time he appears to advocate our going down the ‘ridiculous’ road in the face of an increasingly sceptical and discerning public. It depends what he means by ‘a baby as God’. If it amounts to “Jesus is God”, as it seems to, this adds to messy religion. This is unnecessary and highly confusing, albeit not a new tradition. Matthew and Luke, the only Gospel writers about ‘a baby’, do not declare that ‘Jesus is God’ at any stage in his life, whether at birth or death!

It has been a common and crucial sleight of hand that has converted ‘God was in Christ’, which is probably basic to all Christians, to ‘God was or is Christ’ and ‘Jesus is God’ which to many Christians, such as members of the Progressive Christian Network, is not basic at all. Such a statement seems to me to belittle Jesus, God and the incarnation of all ‘His’ creation.

It is very significant that members of most other world faiths I meet in Birmingham would also accept that ‘God was in Christ’ but not ‘Jesus is God’ and be relieved to be free of the confusion.

Richard is a clergyman with a particular interest in interfaith friendships.