Why Faithful Christians Do Not Believe

Robert M Ellis author of recently published ‘The Christian Middle Way: The case against Christian belief but for Christian faith’ (Christian Alternative, July 2018), outlining why absolute belief is a problem . 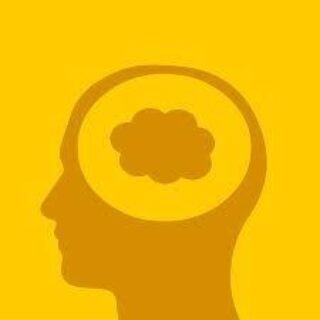 Robert M Ellis has a Ph.D. in Philosophy and a Cambridge BA in Oriental Studies and Theology writes in PCN (USA):

Despite a Christian family background, I have never managed to be a Christian in the way defined by most churches. I am not a ‘believer’, and could recite no creed without a sense of hypocrisy and conflict. But after many years of engagement with other traditions – Buddhist, philosophical and psychological – it has become increasingly clear to me that ‘belief’ is not what Christianity is most importantly about. It is quite possible to drink deeply of what Christianity has to offer, indeed to be ‘Christian’ in all the ways that matter – morally, spiritually and intellectually – without ‘believing’ such absolute propositions as that God exists, or that Jesus is the Son of God, or that Jesus saves believers from sin. Indeed, I will go further. Such beliefs have no positive practical effects on the lives of Christians, beyond being shortcuts to group conformity which may also have many negative effects.

Belief, especially of an absolute kind, is in no way necessary to inspiration and faith. It is God, or Christ, who inspires Christians to campaigns of justice and acts of love: not because they have committed themselves to abstract propositions about God, but because they experience the inspiration of God, who fills them with positivity and confidence. In the meantime, the ‘belief in’ God and his revelations tends to inspire only inner repression, narrow partisan defensiveness, and even holy war. Far from challenging our capacity to love, absolute belief provides an endless resource for rationalization, with the appropriation of divine sanction providing a handy justification for whatever groups, social traditions, and authoritative leaders may prescribe.

To be faithful, on the other hand, is to remain confident in a greater potential that one has experienced, for both oneself as an individual and for humankind. One feels that confidence in one’s body and wider awareness, which is where it needs to stay – not being appropriated into a narrow intellectualized form the betrays that state of awe we can feel before God. To reduce God to abstract belief, taking those beliefs to be the whole story, is idolatry of the kind that Moses evidently sought to warn us against. The idolatry of verbally-formulated beliefs, in a modern literate society, is now far more of a problem than the idolatry of images, and it is in the spirit of the avoidance of idolatry that theistic tradition should avoid absolute belief.

Our faith is shaped by our cultural context, but is a version of the more universal confidence that can accessed in any religious tradition. Those from a Christian cultural context may need to consider the words of Jung’s Red Book: You can certainly leave Christianity but it does not leave you. Your liberation from it is delusion. Christ is the way. "You can certainly run away, but then you are no longer on the way." What I take Jung to mean by this is that Christ, as an archetype, fulfill a certain function in the psyche, and for those who are culturally Christian, that function is not easily fulfilled in any other way. ‘The way’ for each individual leads from their starting point to their destination, and if one denies the full conditioning effect of one’s starting point, one’s way may be lost.

The distinction between faith based on meaning, and belief that assumes absolute representational language, can also be corroborated by a variety of recent developments in human thought. Embodied meaning theory, as developed by George Lakoff and Mark Johnson, makes it clear that the words we use are rooted in the neural associations we have built up through personal experience. Statements of abstract belief, that are generally assumed to stand independently, are thus shown to be meaningful because of bodily experience extended by metaphor, not by correspondence to some source of abstract truth beyond experience. The neuroscience of brain lateralization, as explored especially by Iain McGilchrist, also shows that absolute beliefs arise from the over-dominance of self-validating assumptions in the left hemisphere of our brains, when it is the right hemisphere that provides the wider awareness on which experienced meaning and faith depend. Absolute beliefs are a sickly, forced outgrowth of our bodily faith, not its foundation.

.To be faithful rather than idolatrous, then, Christians need to be agnostic: to be willing to admit that they don’t know whether or not God ‘exists’. Indeed, they need to put all the fruitless wrangles associated with God’s ‘existence’ firmly aside. Agnosticism has been very unfairly treated by a popular tradition – both religious and atheist – that has failed to understand its potential. There is nothing wishy-washy, indecisive or necessarily vague about agnosticism. Indeed, it takes considerable resolve to avoid the magnetic pull of absolute affirmation or denial of belief, together with the social institutions that entrench that duality. These opposed social institutions could most obviously be the institutions of the church versus secular humanist movements, but might just as easily be illustrated by the entrenched opposed sides arguing about abortion, or about whether Islam is or is not an intrinsic threat to liberal democracy. Nor is agnosticism only about God: wherever there are absolute beliefs on either side (for example, about freewill and determinism, mind and body, or any kind of absolute categorization or boundary) agnosticism offers a challenge, in the form of a brave flag of peaceful resistance raised in between the lines of the warring armies.

It has taken me a long time to realize what a profound part agnosticism plays in Christianity, and helps to explain all that is best and most inspiring about it. We, as humans, are not God: God is infinite and beyond us, an object of holiness and awe. We are responsible for our own lives, as the story of the expulsion from Eden indicates. Since we live in a post-Eden world, we live in an experience of uncertainty in which meaning is not written on the heavens – rather it is found in our bodies and brains. The intense pain and conflict created by that state is symbolized by Christ’s crucifixion: an event that could hardly have the same sting for us if it was merely the unfolding of a set of pre-determined events, part of a story staged by a heavenly father. It is perhaps only if we feel the abandonment that Christ himself expressed on the cross, being prepared to let go of all reassuring ‘belief’, that we can find the resurging hope symbolized by the resurrection. To be faithful, and to engage in the meaning of these events, we need to be agnostic.

‘Faith’ has often come to be a euphemism for absolute belief, but on the contrary, I want to suggest, faith can involve the positive avoidance of absolute belief and the positive embrace of uncertainty. One does not have faith because one expects certainty in the future, but rather because one recognizes that the human state is one of uncertainty. Faith by its very nature needs to be provisional: a recognition of aspirations whose meaning may be infinite and vastly significant for us, but nevertheless cannot result in absolute belief, because any such belief is recognized to undermine rather than to support that faith. In a state of faith, we are orientated towards a meaningful God whom we experience: a God who offers an archetypal foretaste of an integrated self and an integrated world. But such a God could only be meaningful to us in such a way if we remain uncertain even about his very existence, let alone about such claims as that he created the world or sent Jesus as his son.

Such faith excludes belief in revelation. To believe that God sends us messages requires an absolute presupposition that God exists and is of a particular nature: a presupposition that in our uncertain and embodied state we are not entitled to make. In a post-Eden existence, we are also required to take responsibility for our own interpretation of whatever texts or other sources of information we encounter. The granting of absolute authority to any such text, or even to a believed-in historical figure, involves an avoidance of that responsibility. It is us that give authority to the Bible or to any other source through the values we attribute to it. Scriptures may offer us inspiration, but do not, above all, license us to give absolute authority to words. Those words have actually been interpreted by us, and thus it is bad faith to claim that absolute authority for ourselves.

The Christian tradition of the last two hundred years or so has proved to be a remarkably fragile tradition. So naïve was the faith of many Christians that it has been decimated by scientific progress in astronomy, geology, biology and psychology, with this damage then compounded by the even more profound effects of consumerism in distracting people from the religious life itself. But the fragility that made that damage possible is caused by absolute belief: belief that must discontinuously either be held fast or broken. In many cases belief in Christian ‘truths’ has been broken. In others it has been retrenched into a fundamentalist version that is no less fragile, but maintains itself by actively ignoring and repressing alternatives.

The more I consider and re-read the most inspiring Christian figures from the past, the more it seems that they offer in terms of faith, not belief. Of course, much of what is written by or about them makes regular reference to Christian belief. Amongst those who stress it most, one is more likely to find those who are often labelled as narrow-minded oppressors, inquisitors, crusaders and bigots. But alongside this there is a whole culture of Christian meaning. That culture is one in which loving, creative and courageous action is inspired by the integrative spirit of God and of Christ, engaged in the resolution of conflicts both within and beyond ourselves.