Why beliefs are best kept provisional

Ian Gregory, a retired Congregational minister, reminds us of a lesson taught by William James in his famous book, The Varieties of Religious Experience. 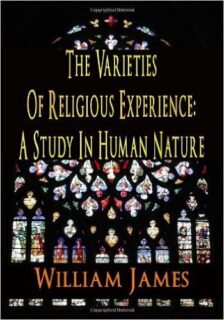 New ways of thinking about God are as common now as when theological storms broke over the Church 60 or so years ago. That was when John Robinson, Bishop of Woolwich, stirred controversy with his ‘Honest to God’ in 1963. Later the Bishop of Durham, David Jenkins, asked further awkward questions for traditional believers. More recently the former Bishop of Edinburgh, Richard Holloway, joined the heretical fray, resigning in disillusion over some traditional beliefs.

But questions about the nature of the deity were being asked a long time before this free-thinking trinity ventured into public controversy. In a book that has since become a classic, psychologist William James published a series of 20 lectures that he delivered to the University of Edinburgh in 1901. The book, called ‘The Varieties of Religious Experience’, foretells with uncanny accuracy some of the ideas which continue to challenge orthodox thinking about God. James describes the way common beliefs change as the ‘mental climate proves unfavourable to notions of the deity which at an earlier date were perfectly satisfactory.’ Thus ‘older gods’ that require bleeding sacrifices in order to be placated were relegated to history. They were no longer worshipped because their ‘fruits’ (safeguards against demons and curbs of other people’s crimes) were seen to be worthless, even on reflection to be childish, contemptible or immoral ‘so that deity was erelong neglected and forgotten.’

‘It was in this way that the Greek and Roman gods ceased to be believed in by educated pagans’. In the same way Protestants dealt with Roman Catholic notions of deity, and liberal Protestants with older Protestant notions and ‘all of us now living will be judged by our descendants.’

James concludes that ‘few historic changes are more curious than these mutations of theological opinion. Today we abhor the very notion of eternal suffering, and that arbitrary dealing out of salvation and damnation to selected individuals which some Victorian preachers found a delightful conviction.’

What to them appeared ‘pleasant, bright and sweet’ was now thought irrational and mean. ‘Not only the cruelty, but the paltriness of the gods believed in by earlier centuries strikes later centuries with surprise.’ Accounts of Medieval sainthood ‘make us rub our Protestant eyes’. Long established rituals now appear addressed to a deity of ‘absurdly childish character, taking delight in tapers and tinsel, costume, mumblings and mummery.’ Nor does James only argue against older Catholic versions of God. The formless spaciousness of pantheism appeared to him to be empty, and the gaunt theism of evangelical sects ‘bald, chalky and bleak.’

Luther, James believes, ‘would have cut off his right hand rather than nail his theses to the door at Wittenberg if he had supposed that they were destined to lead the pale negations of Unitarianism.’

It would be absurd to affirm that one’s own age can be beyond correction by the next age. ‘The safe thing is surely to recognise that all the insights of creatures of a day like ours must be provisional........ When larger ranges of truth open it is best to open ourselves to their reception, unfettered by our previous pretensions.’

To some, the outward form of dogmatic certainty is so precious that to renounce it explicitly is, for them, out of the question. They will claim it even where the facts most patently pronounce its folly

James says he is well aware of ‘how anarchic much of what I say may sound. I may seem to despair of the very notion of truth. And I do indeed disbelieve that we or any other mortal can attain on a given day to absolutely incorrigible and unimprovable truth about such matters as those with which religion deals.’

History, he says, shows that as a rule religious geniuses attracted disciples and groups, which eventually became ecclesiastical institutions with corporate ambitions of their own. ‘The spirit of politics and the lust for dogmatic rule are apt to contaminate the original innocent thing, so that when we hear the word religion we think inevitably of some church, and to some persons the word suggests so much hypocrisy and tyranny and superstition that in a wholesale undiscerning way they glory in saying that they are down on religion altogether.

‘Even we who belong to churches do not exempt other churches than our own from the general condemnation.’

This personal distillation of Chapter 14: ‘The Value of Saintliness’ from William James’ book, ‘The Varieties of Religious Experience, was written by Ian Gregory, a PCN member and former Congregational minister from Stoke on Trent.