What must the Church of England do to stop its decline?

Twenty years ago, those who had no religious interest would often describe themselves as CofE when questioned about their faith allegiance. That has changed; such people are now far more likely to opt for the ‘no religion’ category. 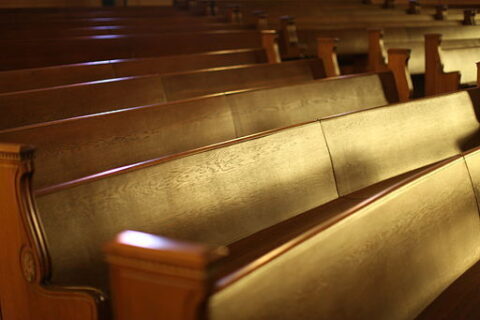 Writing in the Church Times (Jun 17th 2016), Canon Alan Billings puts this trend down to widespread disillusion with the Church of England, fuelled by its attitude to homosexual partnerships and its poor record on child abuse. He calls on the church’s leaders and members to take time to listen to those of ‘no religion’. ‘In truth we known next to nothing about them.’

Only by seeing itself as other see it, can the Church of England change its culture and regain some moral influence in the land. The Billings article prompted a response from Adrian Alker, chair of PCN Britain. In the letter below, Adrian says that disillusion with the Church of England is based on much more its poor moral record.

Alan Billings, like so many other observers, draws attention to the rise of those who say they have ‘no religion’. He might also have referred to many others who, in surveys, claim to be ‘spiritual but not religious’. He is right to point to the shrinking of the Church, its defensive mechanisms and its untenable position over the issue of same sex marriage. Whilst Billings laments the Church as an unreliable moral guide, he might also have more emphatically have said that the Church and its leadership have failed to engage with those who raise the bigger questions about the existence and nature of God and the doctrinal formulae which frame our worship and stultify our services. It is simply not true that we know next to nothing of those who profess ‘no religion’. Speakers, theologians, festival and conference goers, members of many organisations like my own, have raised issues around the credibility of Christian belief for decades. Rather the Church does not want to hear the reasoned voices of many former and indeed present Church members who are convinced that unless the Church radically rethinks many of its doctrines, is more honest about what is believable and seeks a spirituality which embraces an openness of thought, reason and experience, it will not re-establish itself as an institution worthy of its place in our contemporary society, as Billings and all of us desire.

Adrian develops this theme at greater length in a blog we reproduced in July called Spiritual But Not Religious.