What I will celebrate on Easter morning 1

Through Holy week we will publish some thoughts on the celebration of Easter. We start with these words from Bishop Jack Spong, taken from his book, Examining the Meaning of the Resurrection. 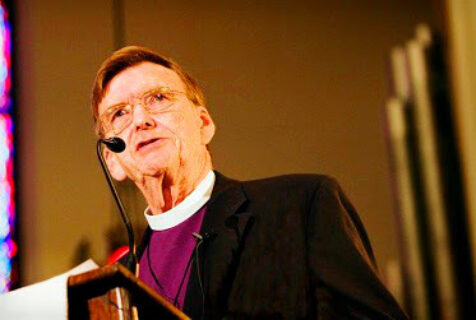 The impact of Jesus' life on his followers was so intense it simply did not fade after his death. They kept awaking to new dimensions of what he meant. No act of human cruelty could destroy his life, no barriers could withstand his love. Jesus embraced the outcasts, whether lepers, Samaritans, Gentiles or the woman caught in adultery. His life could not be contained within the boundaries of religion He allowed the touch of the woman with the chronic menstrual ftow; he proclaimed that all religious rules had no value, unless they enhanced human life. His followers found in him a life that reflected the Source of Life, a love that reflected the Source of love and the being that reflected the Ground of Being and so they said "all that we mean by the word 'God' we have experienced in him."

His call was to enter a new consciousness, to become free of the boundaries inside which we feel we must live if we want to be secure; to recognize that beyond self-consciousness there is a universal consciousness that we can enter and experience what Paul called "The glorious liberty of the children of God". There we escape uniquely human struggle to become and simply begin to be. That was resurrection. That was Easter and it was Jesus who opened this new dimension of life to them. In the power of his example, undiminished by his death, they entered that vision and experienced resurrection. In that moment, they began to see that God lived in them and that they lived in God and nothing was ever the same thereafter.

None of this happened on the third day. That time measure is not to be literalised. The dawning of a new insight never occurs quickly. Jesus was the door, the way into life, they said, and they followed him into an unending new consciousness. Of course it was real. Of course it cannot be reduced to words. Of course in time the inadequate words they employed were literatised in an attempt to preserve them forever. Literalising truth, however, always destroys truth, compromises truth and even falsifies truth. "Behold I show you a mystery", Paul exclaimed. I wonder why we cannot allow the mystery to remain a mystery. "We see through a glass darkly," Paul also said, but we do see and what we see is that when we have the courage to walk beyond the limits of life, we walk simultaneously into the mystery of God.

That is where Easter begins.

This passage is taken from Bishop Spong's set of six essays called, "Examining the Meaning of the Resurrection". An edited version of the essays can be purchased for £2.95 + P&P here