I was no longer young: in fact I was well over sixty. The winter had been dark and tedious. 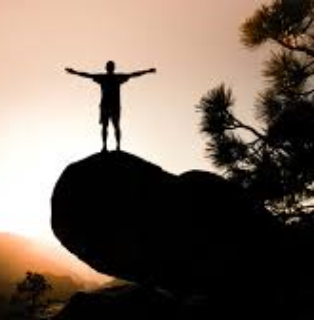 I was no longer young: in fact I was well over sixty. The winter had been dark and tedious. For some reason or other I had not been able to read much, and I began to think there were signs of the coming end.

submitted as a favourite reading by Dorothy Haughton

Suddenly, with hardly any warning, spring burst upon us. Day after day we had clear, warm sunshine which deepened every contrast of colour, and at intervals we were blessed with refreshing rains. I spent most of my time out of doors on the edge of a favourite wood. All my life I had been a lover of the country, and had believed, if this is right word, that the same thought, spirit, life, God, which was in everything I beheld, was also in me. But my creed had been taken over from books; it was accepted as an intellectual proposition. Most of us are satisfied with this kind of belief, and even call it religion. We are more content the more definite the object becomes, no matter whether or not it is in any intimate relationship with us, and we do not see that the moment God can be named he ceases to be God.

One morning when I was in the wood something happened which was nothing less than a transformation of myself and the world, although I ‘believed’ nothing new. I was looking at a great,spreading, bursting oak.The first tinge from the greenish-yellow buds was just visible. It seemed to be no longer a tree away from me and apart from me. The enclosing barriers of consciousness were removed and the text came onto my mind, Thou in me and I in thee. The distinction of self and not-self was an illusion. I could feel the rising sap; in me also sprang the fountain of life up-rushing from its roots, and the joy of its outbreak at the extremity of each twig right up the summit was my own: that which kept apart was nothing. I do not argue; I cannot explain; it will be easy to prove me absurd, but nothing can shake me. Thou in me and I in thee. Death! what is death? There is no death: in thee it is impossible, absurd.