From Patheos: A Zen Priest Reflects On Being Spiritually Fluid, March 9, 2019 by James Ford 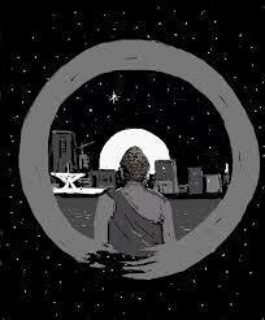 I was recently a bystander on a Facebook thread about being Buddhist and Christian. My name was raised as an example of someone, how shall we say, “spiritually fluid.” A lovely term coined by Duane Bidwell, a professor at Claremont School of Theology, Presbyterian minister, and long time Buddhist practitioner.

The thread moved quickly into a not uncommon conundrum – defining religions. One of the contributors was insistent that a religion must be defined by its most conservative possible definition. And for Christianity that is a relentless dualism. Therefore, according to this principle there could be no possibility for someone being a Buddhist and a Christian. And this stalled that conversation.

This is a common position in some atheist circles, as well as among the oddest of allies, fundamentalists. Frankly, people with fewer axes to grind and an interest in religions find such a position obnoxious. It is usually more about scoring points than uncovering truths. And certainly it is not description of the way things actually work. This is true on grand scales, and it is true for individuals. Religions are aspects of culture and they emerge, they evolve, sometimes they die, okay, they all die. Religions are part and parcel of cultures encountering one another, and in those meetings, clash, engage, redefine, and, well, you know, like all things, evolve…

Then, that very day I received an invitation to be on a panel sponsored by the Society for Buddhist Christian Studies, itself a meeting associated with the annual gathering of the American Academy of Religions. A crowd of a rather different color than the adamant atheist who took over that Facebook thread. The subject was a conversation among people who can be identified as “Dual Practice/Belonging.” Professor Bidwell’s spiritually fluid. In fact the good professor will be on the panel.

The invitation from an old friend and mentor of mine Ruben Habito, himself a Christian as well as a widely respected Zen teacher, who noted “Your unique perspective as a Zen Buddhist and a UU pastor also very deeply knowledgeable of (and once considered ordained ministry in) the Christian tradition will surely provide the audience with very enriching and pertinent insights on the theme.”

He reminded me there was a period of discernment where I quite seriously considered whether my home could be as a person of Zen within a Christian denomination. I wrestled mightily with going with my natal tradition as the expression of what I found within Zen. But, I ultimately decided my personal path was best as UU and Zen Buddhist. It granted me the widest range of movement, while still grounding my life. But, I gave it some serious reflections. And, there was and remains a constant Christian connection.

Together these two things, that Facebook thread, and this invitation sparked me to think a bit about religion, religions, culture, adaptation, and evolution. I suspect part of the problem is the word “religion” itself. Our current use of the word emerges in the mid Nineteenth century. Some associate it with Christian missionaries encountering the world’s religions. And there’s some truth to that. But, I think it’s largely a misdirection.

Rather the term comes with that wonderful Western interest in examining things. And with that a rising need to come up with working definitions of observed phenomena. So there are religions in particular. And out of observing several rising theories of religions writ large. In the study of religion this has itself been dynamic with the theories constantly changing as new information becomes available. And. Generally a salutary thing. But, the project comes with shadows, and among those shadows is that it seeks that particularization, becoming hard boundaries.

The Buddha noted this is a problem with human cognition. And, here we get a really good example of reification. With our noticing religions in particular we cling to hard definitions. Just like we cling to hard definitions of who we are as individuals. Definitions that are good rules of thumb, but not mathematical axioms. It is important to recall that human beings and our cultures are not nouns, but verbs. We’re dynamic.

Here we get that confluence of agendas in the Facebook debate. You’re this or you’re that. And there can be no shading. The reality, however, throughout history, as been much messier. Religion is always mutating, always becoming. These changes happen at the edges, mostly. And then slowly migrate to the center. Or, bud off and become something entirely new. The truth of our lives is change. And religions are no exception.

So, getting to the nitty-gritty. For me the problem with joining a Christian church was, and, really, remains that while I am culturally Christian, by most definitions I am either an atheist or, I would prefer a non-theist. Atheist in our time and place has a certain emotional charge that isn’t part of my experience.

Now, in fact within mainstream Christian traditions there is a certain elasticity to how one needs to identify ultimacy, the divine, God. And as a UU minister I preach from an “ambiguously theistic” perspective, to lift a term from my UU colleague Dr Victoria Weinstein. I love theistic language. I think it points to things. And, while I know it is bound to be misinterpreted, what else is new in human religions. And, for me, religion is most of all about the mysteries of being human.

Still, a significant percentage of the Christian community, a majority do insist on a dualistic understanding. If not the full on “fundamentalist” definition, certainly a dualism that I cannot in good conscience subscribe to. So, while there are a hundred reasons why I identify with Christianity writ large, respect and admire, and in a given moment might call myself Christian, because of all the hedges and buts involved, I do not call myself a Christian.

And that’s why after wrestling with the rich possibilities of throwing in my lot with the Anglicans, or, maybe the United Church of Christ, at a critical turn I decided against that route. Not least of which that I would always be a marginal member of the traditionI, and I feel marginal enough, thank you. Still, I could have with only the slightest of compromises, not only joined them, but become in fact become a priest or minister among them.

All without, I honestly believe, compromising my life dedication to Zen.

Part of the issue raises out of what actually Zen might be. I believe it is a religion. In fact it is a particular expression of Buddhism. But, shove and push, I don’t believe Zen can be confined to a particular religion. The Christian Zen folk are witness to that reality. Whatever one might want, there they are.

As the religions of the world are concerned to some degree with the how and why of our existence, whether those religions are concerned primarily with cosmology or crowd control or whatever, somewhere along the line these open secrets about who we are will be found. And any mature religion will have people who’ve seen partially or deeply into the matter and will have integrated these teachings into the religion. Usually this is the territory of any given religion’s mystical traditions.

And, as I see it, Zen is one of, for me, the clearest and cleanest expression of that mystical heart. But the heart belongs to all of us. So I lift a line from the Anglican tradition that says of the Bible, it “contains everything necessary to salvation” and gave the phrase a slight twist, asserting that how I see it, all religions contain everything necessary to salvation—to that healing insight about who we really are.

But. And. Whatever the right word to assert that’s not the end of the deal, religions are too often mostly concerned with other things entirely. Mostly, crowd control. So, while one can find a way in all the religions, there are those with higher signal to noise ratios. For me that leads me to Zen.

And then there is the great clash of religions, and how we meet, how we talk, how we understand what we encounter. I think of Buddhism come to Indian and the astonishing culture clash that would in part result in the birth of Zen. A perspective in some ways so novel that there continue to be people, some polemicists, others honest scholars who wonder whether Zen should even be considered Buddhist.

I know for me it opens to a kind of universalism. And with that. In the moment this raises the question how I, me, James, how do I engage the world and in particular my own life as a Zen Buddhist. What does that actually mean? And, with that what about the mysteries of culture and how we as individuals emerge within this world.

I look at how I engage any number of issues within my Zen life. And I realize my Christian roots, my formal theological formation, and, well, my life taken whole, profoundly informs how I engage the great Zen project.

What I saw was how I, as a Zen Buddhist, raised and nurtured within American Protestant Christianity, who has lived specifically within Unitarian Universalism for much of my adult life, further informed by a seminary education that included a deep investigation of Christian origins as well as an heir to the Western Enlightenment, profoundly informed by a broad and progressive engagement. And, I realize, we all do the same thing. Each in our different way, we are the product of a great mess of things coming together.

So, and therefore, what?

In this reflection, already running on a tad too long for a blog post, I’d say this: Religion is always messy. It is about the most fundamental of human concerns, and we bring our whole lives to it. Those of us who live at the meeting places of religions and cultures need to be particularly humble. If we hope to heal our own hearts, and perhaps even be of use to others, we need to walk both deliberately and carefully. We need to be aware of the lenses we bring to the matter. And, most of all, to know the project itself is the awakening of the world.

And here’s a truth. The pathways to that awakening are mostly held within religions. And religions are parts of cultures. And, all of it dynamic. So, sometimes orthodox. Sometimes syncretic. Sometimes, well, you get it. It’s dynamic. We need to be fluid if we want to arrive at a healing place.

But we open ourselves. And, oh, my. We see things through one perspective, but allow ourselves to see at a different angle, and, in a heartbeat the world changes.

So, with that, maybe we can even think of being a bit kinder to each other, more forgiving of foibles, and be more about healing. You know, the project. A dream within a dream, like a child blowing bubbles becoming worlds… Or, like a dance. Like a dance.