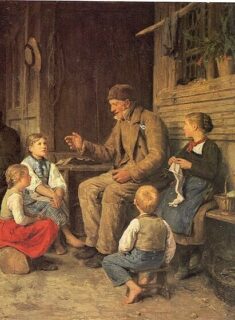 I have just finished reading two books, both of which challenge existing norms and dogmas, one around politics and the other concerning religion.

George Monbiot, a writer, environmentalist and journalist, well known to readers of The Guardian newspaper, has written a most compelling book entitled ‘Out of the Wreckage’. Monbiot asserts that the two great narratives of post war political history, namely Keynesian economics and neoliberalism will not provide the solutions to the economic and social crises facing the UK and that for a new politics to come into being, a new story, a new narrative must emerge. In his opening chapter, Monbiot says the “The lesson religion has to teach politics is: first, know your values; then evangelise them in the form of powerful narratives.” (p.10)

Furthermore he says, you cannot take away someone’s story without giving them a new one. “Stories are the means by which we navigate the world”, claims Monbiot on the opening page of his book.

At the same time as reading Monbiot’s book, I read Jack Spong’s final book (a sad guarantee made by Jack in his eighty seventh year of a remarkable life and career). ‘Unbelievable’ is the title of the book, with its subtitle, ‘Why Neither Ancient Creeds Nor the Reformation Can Produce a Living Faith Today’. There is inevitably both repetition and reinforcement of so much of what Jack has been saying to the church for over forty years but what struck me was that Jack Spong, like George Monbiot, is saying that the old stories won’t stack up any longer and that a new narrative is needed to face the future. The church, no less than the political scene, is in crisis and yet only a story, another narrative can replace an existing one. Let me explore this thought further.

So many biblical scholars and theologians have reminded us down the decades that many of the traditional doctrines and teachings of the Church, if subjected to scholarly appraisal, just don’t hold water. Keith Ward reminded his readers in his book, ‘Rethinking Christianity’, that Christianity has had many narratives from its beginnings as a charismatic Messianic sect through to the Constantinian establishment of the Roman church, the Christianity of the Reformers through to the Anglican via media and the multiplicity of expressions of Christianity we see today. There have been so many paradigms, ways of understanding God, Jesus and the world, and they have stacked up over two thousand years. Despite such complexity however there has been a constant story of a supernatural God, of sinful humanity and of a redemptive scheme by which God’s Son came to bring about our salvation. This dominant story ‘as recorded in holy scriptures’ has been the Church’s story. And for millions of people in the world of 2018 it is an unbelievable or at least an unconvincing narrative, which needs to be replaced. But by what?

Over the years Jack Spong, for whom I have the greatest respect and affection, has shown how so many aspects of traditional Christian belief need to be changed or else the Church will die. Biblical scholars, liberally minded church-goers, are well versed to rehearsing the pitfalls of reading the bible literally. We might call for change, a ‘new reformation’ in Jack Spong’s words, but we surely we have to turn this into a new story, a new narrative and I think this is where a great deal of work has to be done.

Returning to Monbiot’s phrase, “know your values; then evangelise them in the form of powerful narratives”, it seems to me that the task before us is to present a coherent set of values, a kind of Christian manifesto which will flesh out this new narrative and then be evangelical about it. Of course many people, many organisations and movements have been doing this over the years, focussing on particular areas of interest such as peace and reconciliation, the environment, social justice and so forth. What I think is needed is to bring all these areas into a coherent re-presentation of what a 21st century Christianity might look like. Yes, our Eight Points are helpful. Yes, all the work of Marcus Borg lays out the landscape splendidly. Yet if I go to a church service anywhere in the country, of any type, I sing hymns and hear sermons, and listen to prayers and am asked to recite words which I can no longer accept. The obvious common sense and clarity of Borg’s thinking and writing has not seemed to have taken hold of our church communities. Such is the dead weight of tradition.

Perhaps many folk in our PCN family have given up on church for such reasons and I understand that. But I don’t want to give up on church, which has nourished me in so many ways over most of my life. We know that churches do so much good in every community and offer countless opportunities to show the love and compassion as seen in Jesus. My hope, crazy or unrealistic it may well be, is that churches can be offered a new story ‘of Jesus and his love’ to quote the hymn of Kate Sankey. Not the old, old story of sin and redemption but a new way of reading the scriptures, singing new hymns, a new way of understanding prayer, new thoughts about ‘God’, new hopes of the republic of heaven on earth.

How do we proceed? Perhaps we should seek out partners in this grand enterprise of offering a “powerful narrative” to the Church. Perhaps some of the churches which are telling a new story can help us. Perhaps we need to offer a ‘package’ of liturgical resources, a challenging new course instead of so much of the insipid material like Alpha. No more sound-bites, its time to get down to details!

I would love to hear from PCN members and anyone else who can offer ideas on how we tell the new new story of Jesus and his love. Thank you!