Taking Down the Barriers

Leading evangelical Steve Chalke's brave support for committed same-sex relationships has been dubbed a bombshell by traditional evangelicals. But according to Brian McLaren progressive Christians could find their own defining barriers challenged in the fall out. 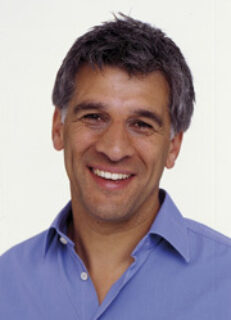 Editor's intro: Steve Chalke, (pictured), the well known author and pastor of the Oasis church in London, has caused an upset in evangelical circles by declaring his support for monogamous same-sex relationships. In an article entitled A Matter of Integrity, he argues for a progressive approach to Biblical understanding:

"The process of understanding the character and will of Yahweh as revealed through Jesus - is an ongoing task for every generation. Here is my question. Shouldn't we take the same principle that we readily apply to the role of women, slavery, and numerous other issues, and apply it our understanding of permanent, faithful, homosexual relationships?"

Brian McLaren, author of A New Kind of Christianity, is another evangelical who supports committed same-sex relationships. In this blog he gives his reaction to Steve Chalke's stance and explains what it could mean for evangelical identity. He ends with a challenge to those who call themselves progressive Christians.

​Brain McLaren writes: When I heard that Steve Chalke was planning to go public with his position on full inclusion of committed gay couples, I had some idea of what he would face. Like Steve, I come from an Evangelical background and I have walked down a similar path on the other side of the Atlantic. I knew that some Evangelicals would welcome his statement and congratulate him for his courage, drawing courage from it themselves. Others would privately say, "I'm glad you've done it, Steve, but I can't or I'll lose my job." Many others would begin to distance themselves from him, publicly or privately. A few would even make it their aim to inflict a kind of punishment on him - attacking him in words or trying to harm the good work he is doing around England and around the world.

Those in the latter categories will make a crucial choice in how they distance themselves from Steve. Some will imply, "Because Steve has changed his view, he is no longer an Evangelical." In so doing, they will not only define Steve, but they will begin a process of redefining Evangelicalism too. That redefinition will have significant consequences as future generations are born to Evangelical families. As they grow up in Sunday School and church and youth group, as they come of age and have to decide whether their inherited faith as children will be their chosen faith as adults, they will understand that Evangelical equals gay-couple-excluding. And when I think of young people in that situation, I also feel empathy.

That was my experience growing up in relation to evolution. In my circles, Evangelical equalled anti-evolution and pro-young-earth-six-day-creationism. By the beginning of secondary school, it seemed pretty clear to me that there was plenty of evidence for evolutionary theory, and so I remember thinking, "Let's see. I'm fourteen. Four years from now I'll be on my own. I guess I'll have to wait until then to leave my religion." Fortunately, at some point I came across Evangelicals who dared to voice another option: "Most Evangelicals are creationists, but some of us accept Evolution." By simply and non-aggressively repeating that assertion, they kept another option alive for a rising generation of young Evangelicals like me.

If some moderate Evangelicals follow this path, more conservative Evangelicals will be faced with a tough choice. Will they then need to exclude three groups of people: a) people from Evangelical backgrounds like Steve and me who have changed our view on homosexuality, along with b) Evangelicals who still accept us as Evangelicals even though they disagree with our changed position, along with c) faithful homosexual couples themselves? The cost goes up, the boundaries constrict, as time goes on.

More progressive Christians will face a challenge if that constricting process accelerates. Can they make room for excluded Evangelicals? Sadly, many of my Evangelical friends have found outspokenly progressive churches to be less than welcoming of them. As a result, many post-Evangelicals drift out of Evangelicalism into some form of "spiritual but not religious" or "post-Christian" identity, finding no fitting faith-home in between. So Steve's courageous act will mean defining choices for other Evangelical Christians, and yes, Progressive Christians too.

To read more of Brian McLaren's writing try his website

To read more about Steve Chalke try the Oasis website

This is Steve Chalke's full paper: A Matter of Integrity