The Power of Parable

Peter Fisher reviews the latest book from Dominic Crossan, (pictured). It is subtitled "How fiction by Jesus became fiction about Jesus" 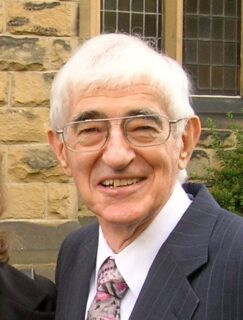 This is a book that makes a major contribution in the continuing struggle against the literalism that bedevils the Christian Church. It is not an easy book, but Dominic Crossan is reader friendly: he takes the reader carefully through each stage of his argument and provides summaries at the beginning and end of each chapter.

​Preoccupation with parables is an aspect of the renewed search for the Historical Jesus during the last thirty years. Robert Funk and Bernard Brandon Scott, for example, have shown us that the cryptic, quirky stories and pithy one-liners about the Kingdom of God are probably where we get closest to the message of the real Jesus.

Crossan defines parable as “a fictional story with a moral or theological purpose”. He also has as an epigram at the beginning of the book , lines from W.B.Yeats: “Those images that yet fresh images beget”. Parables are all about movement; as metaphors they do not let us rest but move us on ,”away from here”. They change our way of seeing: for example, the parable of the” Pharisee and the Publican”, where both go and pray in the Temple, subverts our moral prejudices and make us look at both characters in a new light.

He suggests that Jesus’s parables, as presented by the evangelists, fall into the three categories of riddles, examples and challenges. Luke, for example, gives us parables essentially as examples – “Go and do likewise!” One of Crossan’s guiding principles is “Look after the history and the theology will follow”; by focussing on the historical and social context of the parable of the “Good Samaritan”, for example - Jesus using a hated and despised enemy as ‘hero’ – Crossan shows that Luke got it wrong; it is not a “go and do likewise” example parable, but a deliberate challenge to the values and authority of the Religious Law; those listening would have been scandalised. He concludes that most of Jesus’s parables in their original form were essentially challenge parables; their aim was to change people’s thinking. This is the power of parable!

He has a fascinating chapter on the Old Testament books of Ruth, Jonah and Job, challenging the narrow xenophobic attitudes of post-exilic Torah Judaism. Here we have book-length challenge parables before the time of Jesus. Further examples of such extended parables are provided by Roman writers like Plutarch retelling the story of Caesar crossing the Rubicon in a partly fictionalised form and turned into parable.

A key chapter centres on the Kingdom of God. Jesus’ vision of this is radically different from previous ideas and hopes; the Jewish people had suffered occupation and repression by other nations over many centuries; the oppression of Hellenistic rulers like Antiochus Epiphanes 111 was followed by that of Rome. Many Jews hoped for a dramatic and violent intervention by God to bring salvation; others put their hope in armed insurrection – of which there were many. The Reign of God proclaimed by Jesus was non-violent and already here – but only insofar as people accepted it, entered it, lived it and thereby established it. It was a Divine – human collaboration: ”The Great Divine Clean-up will not happen without God, but neither will it happen without us”. It is Crossan’s view that the fundamental difference between Jesus’ understanding of God and all others marks a Paradigm shift – one with which, in my opinion, we have not yet come to terms.

The second part of “The Power of Parable” is where Crossan opens up new ground. The first part has focussed on challenge parables told by Jesus; in the second he gives us the Gospels as parables ABOUT Jesus - an idea that some may find unsettling. Crossan sees them as partly fictionalised history turned into parables challenging different church communities to deepen their understanding of Jesus.

Mark’s picture is critical of the twelve disciples and their current descendents for failing to understand Jesus’ message; parables for Mark seem designed to confirm the rejection of those who have rejected Jesus. For Luke/Acts (One Gospel!) what matters is showing how the Holy Spirit journeyed from the Baptism of Jesus at the Jordan to Jerusalem and then on to the centre of Empire; Rome is now the New Jerusalem and Christianity has taken over from Judaism; the challenge is to the Roman authorities to accept this.

Matthew presents Jesus as a New Moses with a new Law; judaising Christians who resist are the object of vitriolic attacks. Matthew’s Gospel starts as a challenge Gospel but then turns it into an attack parable : contrast the Jesus of Matthew 5 with that of chapter 23! The Fourth Gospel not only attacks Judaism (and has been responsible in no small way for anti-semitism and its horrific results); it challenges the other Gospels for not understanding that the ’Return’ of Jesus has already happened.

Crossan has no doubts about Jesus being a real historical character; he refers both to external evidence in Josephus and Tacitus, and to corrobative evidence in the Gospels themselves. They are a patchwork quilt of historical fact and fiction, adapted, coloured and interpreted by Evanglists who turn them into parables reflecting the particular concerns of their communities.

Whether the Gospels are themselves example, challenge or attack parables is a matter of some importance. The parables of Jesus himself are non-violent challenges, but the pictures of Jesus that emerge in the Gospels, especially in Matthew and John, are of someone given to violent and vindictive rhetoric. In many ways the Gospels themselves contradict the Jesus whose parables and sayings they have brought to us. Parables that were originally challenges are misunderstood and presented as examples.

Example parables have their parameters set; all we have to do is copy what we are told; we are expected to obey what is essentially a new type of Law. This kind of mind-set sabotages creative imagination, inhibits authenticity and, when its requirements prove impossible to fulfil, is the at the root of a lot of guilt.

Tragically this is the pattern that the Christian Churches have largely followed down through the centuries - with some notable exceptions. The literalist reading of the Gospels, which lacks any awareness of the gulf that so often exists between the message of the real Jesus and those of the evangelists who have brought us that message , can be responsible for a spiritual straightjacket or a dull conformity.

We ought to be grateful to Dominic Crossan for waking us up!

Photo of Dominic Crossan taken at the PCN Leeds conference in 2011. You can buy a three CD set of his talks in our online shop