The most hated book in the Bible

While agreeing that the progressive religious community is right to dissent from passages in Leviticus, Rabbi Maurice Harris make the case that there's 'a lot of baby in that bathwater' - a great deal of insight that enriches a progressive, pluralistic, humane, and loving approach to religion. 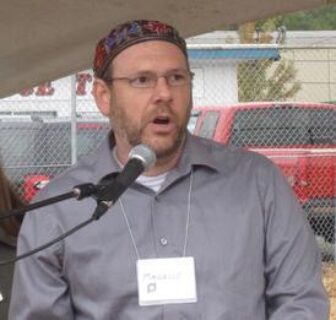 Among progressive Jews and Christians, Leviticus is often treated like a dirty word. With its animal sacrifices and purity rituals, its skin diseases and genital discharges, Leviticus manages to alienate and even offend liberal Christians and Jews alike.

After all, as religious progressives, we promote gender equality, while Leviticus enshrines an all-male priesthood. We advocate for the full equality, spiritual and otherwise, of people with physical disabilities, while Leviticus excludes such people from the priesthood due to the “imperfection” of their bodies. We affirm the joy and beauty in loving, committed relationships between people of the same gender, while Leviticus prescribes the death penalty for gay men who have intercourse. And finally, we tend to imagine God in loving, energetic “process” metaphors, while Leviticus describes a God who lives above the sky and enjoys the smoky aroma of lamb sacrificed on the grill.

Leviticus also manages to create wedges between liberal Jews and Christians who want to understand each other better and seek reconciliation between our two historically embattled religions. While both groups have common objections to the same problematic elements of Leviticus, many progressive Christian writers hold up Leviticus as the epitome of "corrupt Jewish law” which has been replaced by Christ’s love. That particular line of critique doesn’t sit well with liberal Jews, who have a much more complex and nuanced understanding of Jewish law, and who tend to get defensive when “love over law” sermons are preached in churches.

Given all these problems with Leviticus, progressive rabbis, priests, and pastors tend to avoid Leviticus entirely, and for quite a long time I did too. My denomination of Judaism treats the Torah as a human-created document, a record of our Israelite ancestors’ best efforts to describe their experiences of God and Truth. As such, it includes tremendous spiritual wisdom as well as the spiritual errors of the people who created it. We have awe and love for the Torah, but we also treat it as the beginning of an ongoing process of discussion and discernment, not as the final word on the subjects it addresses. And, when reinterpretation of harmful biblical laws are not plausible, we are willing to dissent from them without abandoning our faith or our intimate relationship to our sacred texts. (This is how many liberal Jews deal with the anti-gay verses in Leviticus – we simply accept that our ancestors were mistaken on the issue.)

With this approach to Jewish sacred texts, I found Leviticus uninteresting for a long time. I appreciated it as a remarkable historical record of how ancient Israelites tried to worship and commune with God, and I tried to accept, without judgment, that the worldview it describes made sense to my ancestors. But in time, and with the help of some remarkable teachers, I began to discover that Leviticus contains spiritual riches for religious progressives alongside its problematic passages.

Leviticus understands a number of things that we, in the modern Western world, don’t seem to have a handle on. Leviticus understands, for example, that ecosystems and economies need to operate in some kind of framework that ensures health for the land and basic fairness and compassion for the weakest members of society. Leviticus understands that animals and human beings share a common life force, and that the act of taking an animal’s life for meat deserves awe and a ritual encounter with the divine. (Compare that to our factory farms and supermarket aisles filled with shrink-wrapped, chemically treated animal products, and you begin to see the humane impulse in Leviticus’ approach to livestock as compared to our society’s common practices.) And perhaps most remarkably of all, Leviticus understands God to depend on human beings to create and maintain a world in which it is possible for God’s presence to dwell.

A closing thought: Leviticus calls on us to be holy because God is holy. How the ancient Israelite priesthood understood what makes for holiness is different than how we understand it. But Leviticus reminds us of the importance of embracing the charge to try to figure out what it means to be holy in the here and now.

To learn more about Rabbi Harris' take on Leviticus read Leviticus: You Have No Idea, a highly readable and accessible cultural translation of the book’s most spiritually radiant elements. It is available through his personal website, www.levitibook.weebly.com, and via Amazon UK as well.

Rabbi Maurice Harris teaches Judaic Studies at the University of Oregon. He was ordained at the Reconstructionist Rabbinical College in Philadelphia in 2003. Leviticus: You Have No Idea is his second book