The Slaughter of the Innocents 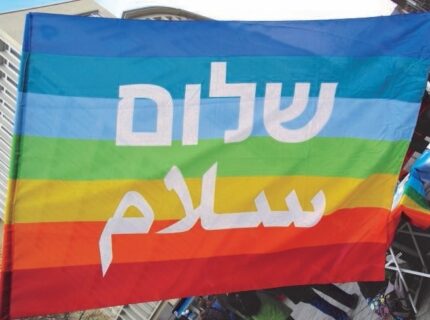 The over-excited anticipation of Christmas has taken a sombre turn this year as it began in the wake of the horror of the events in Paris. The twinkling of lights, carols, seasonal songs, bright wrapping paper, Santas, and stable scenes, all feel out of place in the aftermath with the rolling news that tells of gun fights, explosions, and aerial bombing in distant lands.

How do we tell the good news of the Prince of Peace this year?

How can we stand in solidarity with the citizens of Paris and also seek a peaceful and equitable resolution in Syria and Iraq?

As in all such situations there is a need to pause before responding. In Matthew’s telling of Jesus’ birth we have the example of Herod’s over-reaction. He hears of the birth of a pretender to his throne and orders every child under two to be killed. Girls and boys, toddlers and newborns, were all caught up in his fear. In the story, the fear he had about one tiny baby results in mass slaughter.

We face a similar dilemma. Throughout our nation and around the world Muslims are declaring ‘Not in our name’ but their voices are drowned out as pre-existing Islamophobia hits new heights. Our fellow children of Abraham declare the Koran does not condone the killing of innocents, but others who share their heritage preach hatred, violence, bigotry, and murder. As Christians we could face the same condemnation if our faith was solely judged on the worst parts of our shared history. With the Crusades; those affirming different strands of our faith fighting wars between nations, and persecution within nations; slavery, Nazi Germany, and apartheid, to name but part of our regrettable history, we are not blameless. None of these point to the man who preached ‘love God, and love your neighbour as yourself.’ Who declared the presence and the coming Kingdom of God, the Shalom of God, where peace, justice, love and mercy are the reality.

Where we stand now is shadowed by history, is confused by multiple interpretations of history, and our current actions can either reinforce existing prejudice or move us forward into an equitable future. There are no simple solutions to our current situation. My pacifism does not extend so far as to not consider any violent response, but I believe it does need to be part of an equally well-resourced plan for gaining consensus for action, dealing with the aftermath, and engaging with the fear, prejudice, injustice, and ignorance which fuels the cycle of hatred we are stuck in.

As the saying goes, ‘if all you have is a hammer, everything looks like a nail’, the same is true for our nations. We have standing armed forces, so giving the order to attack can be straightforward. We have the resources at hand to respond with overwhelming force and violence. That can make us feel better, safer, justified, but it requires little sacrifice on our part, and perhaps the ultimate sacrifice for members of our forces, those we oppose, and those caught in-between. Declaring war on ISIS is but one part to any solution. The millions that can be spent deploying our stockpiles of weapons needs to be matched with funds to support refugees, rebuild homes, schools, hospitals, and infrastructure. There needs to be as much effort as it takes to mobilise our Army, Navy and Air Force, taken to gain a consensus for action, for building trust and understanding, and taking the time to help rebuild in a humble and respectful way, coming alongside the citizens of the nations affected.

It also requires our personal sacrifice. Having and maintaining our stockpiles of weapons is mainly covered by our existing taxes, acting in such a way as to have a long-term solution will cost more money which we may have to bear. It also needs us to raise our voices in solidarity, but also in compassion and mercy. It needs us to remain focussed on a long-term goal and ensure our political leaders do too. It requires that we go out of our way to better understand our Muslim neighbours, to challenge prejudice and bigotry, commit to building relationships, and struggle to remain on common ground with each other.

There is no easy solution before us, and maybe the first step is to acknowledge that. There is also no true solution that does not require us to participate. Public opinion can influence decision-making and we have a role in influencing it, and encouraging our political leaders in changing it.

We are called to raise our voices on Christ’s behalf, following his example, and seeking the Kingdom.

Image credit: Shalom and Salaam, 'Peace' in Hebrew and Arabic photo by Bernd Schwabe. [CC BY 3.0 (http://creativecommons.org/licenses/by/3.0)], via Wikimedia Commons]

Dave is the editor of our quarterly magazine, Progressive Voices.