The Kingdom of Shared Humanity

Howard Grace, a member of PCN Britain, seeks a universal approach which could unite people of all religions and world views without trying to make them all the same 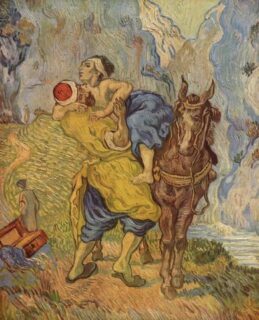 My Palestinian friend, Imad Karam, says that a primary problem in his part of the world is that Palestinians and Israelis are both trapped in their own narratives. I’m sure that this entrapment is true for so many situations, whether with international conflicts, religious affiliations, husband/wife clashes or even football team allegiances which sometimes turn to crowd violence. Is there a universal vision which we humans, with our many different cultures and beliefs, can all buy into? And what are the implications for followers of Jesus?

As a Christian, what resonates with me most about Jesus is the inclusiveness of his passion for The Kingdom of God on earth. Parables such as The Good Samaritan and The Prodigal Son have a universal message, and all our motives become focussed by stories such as The Woman Caught in Adultery, where the accusers receive a healthy challenge as well as the accused. Also, passages such as The Sermon on The Mount have inspired non-Christians like Gandhi, whose non-violent mission has made a wide impact on society, not just in India. Sadly, however, because of various doctrinal beliefs that some insisted were fundamental to being a follower of Jesus, Gandhi rejected the overall Christian package that was presented to him.

As I understand it, Jesus inspired his disciples to look beyond the rigid, conventional religious attitudes of his day to see the way we treat one another as more important than the way we adhere to a set of rules. I suspect that, in our present times, he would equally have taken issue with those who hold the adherence to doctrine and certain beliefs about his nature to be what makes one his follower.

I was recently part of the Newbury PCN group who, one by one, shared their experiences of encounters with people of other religions, including Zoroastrians, Hindus, Buddhists and Muslims. We were struck, not by the details or beliefs of the religions, but by the commonality of their adherents in search mode to answer the big questions - questions that are maybe beyond the capacity of our human brains. Deeper down, the commonality was ‘the search’, not so much any conclusions reached.

Is there a need then to open our hearts to ‘the other’, to understand and accept that her/his narrative comes from a different (not necessarily ‘wrong’) perspective, and move forward together? Surely, our search should be for a story which all can buy into. Muslims may still want to be Muslims; or atheists, atheists etc.

My friend Letlapa Mphahlele, a former South African liberation army commander during apartheid, is an atheist. He recently wrote an article in Progressive Voices (no. 25, June 2018) about his spiritual journey, titled A journey towards freedom. It finishes:

“Beyond prejudices we inherited from our forebears, across the fences and walls we erect around ourselves, across doctrines and dogmas we uphold, perhaps it helps to acknowledge that there's a thread that runs through all the ideologies and all the schools of thought: common humanity. And if we recognise humanity in others, no matter how different from us they look and dress and talk and worship, we'll be nourishing and watering the roots of our own humanity. Is this a vision that can unite atheists like myself with a variety of religious believers where we come together for a greater ‘Yes!’ - the reality of a shared humanity.”

‘Shared Humanity’. We human beings tend to interpret spiritual experiences according to our own various belief convictions. With our minds, we are then so tempted to think we have found the answer. But, as we try to understand the spiritual and scientific mysteries that are out there, we might bear in mind the observation of the Scottish mathematical biologist J. B. S. Haldane, who wrote: “My suspicion is that the universe is not only queerer than we suppose, but queerer than we can suppose.”

If we humbly accept that we are all in the same boat as far as the search for understanding is concerned, the recognition of our Shared Humanity might then lay the visionary foundation from which an inclusive ‘Kingdom’ on earth can be built.

A Journey from Believing to Beloving

Trevor Dorey was ordained in the Church of England nearly thirty years ago, at the age of sixty. In this article he attempts to shed light on the way-marks of his spiritual journey which have taken him more recently towards the Religious Society of Friends, (Quakers).