The Fear of God

Richard Holdsworth argues that being possessed with a fear of God is not a state to be inculcated in our young. And he finds support for his view that at least some Biblical passages on the subject have been misinterpreted. 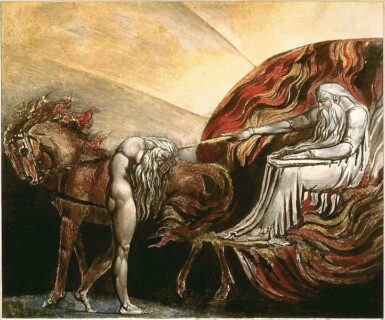 Scene: a post-WW2 British classroom in rural Yorkshire: The teacher backhands a schoolboy’s ear with his ring finger.

Teacher (chuckling), “It was meant to, lad!”

At school and at home kids were frequently, legally and expertly whacked across the head or summarily slapped, judicially caned and otherwise callously abused in attempts to instil in us, “the fear of God”. Paradoxically those pitiless assaults resulted not in my conformity but in rebellion against unfair authority and a life-long commitment to social justice.

In “Pentonville” (1963), Terence Morris co-authored the first sociological study of an English Prison. He identified five responses to authority—active support, fawning conformity, apparent conformity, subversive opposition and open disagreement. This range of prison responses is relevant for all social institutions, such as the workplace. Some people actively engage on authority’s behalf. Many agreeably comply, while others comply but don’t really buy into it. A few become secretly subversive and contrarians openly oppose its validity. Far away from my Yorkshire childhood, Morris and his ilk taught me about not only the effects of restrictive prison walls, but also how limited concepts build mental walls.

Translations can erect walls that limit understanding. In a paper entitled “Biblical Wisdom Literature and Christian Theology”, Graham Ogden takes down the walls that surround Proverbs 1:7, “the fear of the Lord is the beginning of wisdom.” In this key concept Ogden points out that yirath-yhwh, typically translated “fear of Yhwh,” refers to “Yahweh's awesomeness”. It is YHWH's awesome nature that is the focus; the divine quality of “awesomeness” is our starting point for acquiring wisdom. He points out that Yahweh is projected as Creator, the awesome one whose handiwork is the source of knowledge; the mystery in whose presence a life becomes meaningful. Hence a reverential attitude towards the awesome Creator is fundamental to becoming wise. Wisdom is not found in fear, penitential worship or ardent striving, but in a simple awareness of the mystery of “being” in the wonder of everyday experience.

For thousands of years, instilling the fear of God made perfect sense because servility was essential for tribal societies to survive. However, since the Renaissance we have increasingly valued human needs, ideals and self-worth. And after 1946, when Benjamin Spock published “Baby and Child Care” humanist principles increasingly transformed parenting techniques. In 1962 “The Battered Child Syndrome” (Henry Kempe, et al.) galvanized international attention about child abuse. And in 1974 the US Congress passed the Child Abuse Prevention and Treatment Act. But what is considered child abuse by modern standards has been normal childrearing for most of human history, and in many societies remains so today. Even with protective laws in place, victims of all ages often feel too vulnerable to challenge or hold accountable their abusers. Some hierarchical organizations still strictly enforce fear-based authority. But fears fashion anxieties.

Devoured by anxieties, we fight, flee, freeze or fawn. These cramping responses stunt our Goodness—our Godliness. Awe, however creates a sense of wonder: it raises our spirits. Fear represses, awe elates; fear blares out while awe is serene. Awe inspires beauty, while unchallenged fears get only more ghastly. In the clamor of our confusions we can be become so afraid of life that we even neglect to acknowledge the awe of Creation—our beginning of wisdom.