Dying to the Law: The Church That Dies

Katharine Sarah Moody on the idolatry of God. Having written earlier about the God who dies, Katharine here explores the fate of the church. 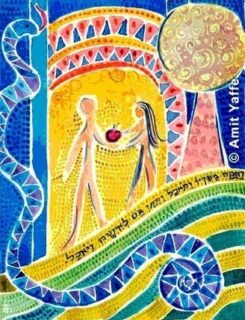 Like the last, this article is inspired by the Idolatry of God retreat in Belfast in April, which focussed on the work of Peter Rollins.

Slavoj Žižek is one of a number of contemporary philosophers who find in Saint Paul a rich resource for their own projects, particularly in relation to political theory and ideology critique.

One of the key problems that Paul wrestles with is the relationship between sin and the law. In Romans 7, he writes that sin seizes its chance in the commandment, and his awareness of the intermingling of the law and the desire to transgress the law prefigures the psychoanalytic insight that the law operates not only at the level of the letter of the law but also according to its ‘obscene superego supplement’. This is the law’s inherent injunction. It’s a level of implicit rather than explicit discourse that is obscene in its contradiction or transgression of the public text of the law, supplementary because it is this injunction that is what binds the subject to the law, and superegotistical because it takes the form of an injunction to enjoy.

This is why, during the first session of talks at The Idolatry of God retreat, Peter Rollins identified the fall narrative as a key for understanding his wider theological project, presenting the story of Adam and Eve in the Garden of Eden as an account of humanity’s existential situation as a creature caught between the law and the law’s inherent injunction for us to transgress the law. No wonder that, in what Žižek calls our ‘postmodern world of ordained transgression’, philosophers like Alain Badiou claim that Saint Paul is our contemporary and that his letters should not fail to resonate with us today. For, as any parent will know, it is often the prohibition itself that creates an excessive desire for that which is prohibited.

For Paul, the concepts of life and death are to be found in the symbolic order as well as in the biological. As Pete explained, our mothers’ bodies are the womb for our physical or biological birth, but our own bodies are also the womb-like site of a second birth: our conscious birth, the birth of our subjectivity, our sense of self. For Žižek, this second, symbolic birth involves the ‘forced choice’ to submit to the ideological field, the symbolic order. We have the freedom to choose, but only on the condition that we choose the right thing – that we choose what is always already given to us as our lot in (socio-symbolic) life.

But just as there is a second birth, there is also the possibility of a second death. According to Žižek, this involves ‘uncoupling’ or ‘unplugging’ from our particular social identities and roles, from our organic communities of birth, subtracting ourselves from all other loyalties and suspending our compulsion to accept our lot in life. We enter the domain of the ‘undead’ – that space between symbolic and biological death, where those who are still alive physically but who are symbolically dead live as part of a new universal collective that cuts across existing conceptions of socio-symbolic identity.

This is the type of collective founded by Saint Paul. For both Žižek and Badiou, Paul forms a new universalism in which believers participate regardless of their position within the current social situation. Paul proposes the possibility of a political collective that is indifferent to all the other differences that normally structure our social life, whether biological or symbolic. He introduces a new difference into the social order (Christian versus non-Christian). As Žižek writes in First as Tragedy, Then as Farce,

The true antagonism is now between those who remain part of the existing order and those who, Žižek says in The Puppet and The Dwarf, ‘participate in the world of social obligations through an attitude of suspension’, through Paul’s as if not prescriptions of 1 Corinthians 7:29-31. As Žižek summarises in The Ticklish Subject, Saint Paul is enjoining the community of believers to ‘undergo the second, symbolic death, which involves the suspension of the big Other, the symbolic Law that hitherto dominated and regulated our lives’. Dying to the Law, to the big Other, to the Socio-Symbolic Order that structures reality, this new as if not community forms a collective that breaks out of the cycle of sin/law by embracing the law of Love. For, as Žižek explains in The Ticklish Subject,

"…it is as if St Paul himself has answered Dostoyevsky’s infamous “If there is no God, everything is permitted!” in advance – for St Paul, precisely since there is the God of Love, everything is permitted to the Christian believer – that is to say, the Law which regulates and prohibits certain acts is suspended. For a Christian believer, the fact that he does not do certain things is based not on prohibitions (which then generate the transgressive desire to indulge precisely in these things) but in the positive, affirmative attitude of Love…"

This means that the church is to be a community in which symbolic identities and social roles are suspended. But, precisely as a community that suspends all identities, perhaps the church is not only to be a church that dies to the law but a church that also dies to itself, that suspends its own markers of religious tribal identity? Is it to become a space for communal practices that encourage the temporary suspension of identity, including religious identity? Can such an enactment of symbolic death enable the re-creation of subjects that are dead to the Law but alive to the spirit of Love? And what could the impact of these new subjectivities be on the wider social and political realities of our times?

I was invited to speak at The Idolatry of God retreat as an academic interested in the social significance of Pete’s theological project. In particular, I want to explore the political potential of the theology and practice of identity suspension for transforming social relations outside these spaces.

For Badiou and Žižek, our ability to suspend our various social identities – to undergo a symbolic death – marks the possibility of revolutionary emancipatory politics. They therefore use their readings of Paul to argue against identity politics and standpoint epistemologies – ways of knowing the world based on where we stand within the world. They both bemoan the shift from a politics based on a central economic antagonism, which unites humanity against the existing system, to a politics founded on specific communal identities, which fragments humanity into groups of victims demanding recognition within the system.

Examining both the philosophy and the practice of identity suspension in the context of emerging Christianity provides an opportunity to ask important questions about the possibly contested relationship between identity suspension and identity politics, between a politics based on a universal humanism and political thought and action grounded in communitarian identities such as gender, sexuality, race and disability – because the suspension of identity (even a liturgical or otherwise temporary suspension) can strike a disturbing chord for individuals and groups for whom the construction and recognition of identity has been or continues to be the acknowledged aim of political struggle.