The changing meaning of sin

Richard Holdsworth looks at how the meaning of the word 'sin' changed when transferred from the Judaic tradition to Christianity. 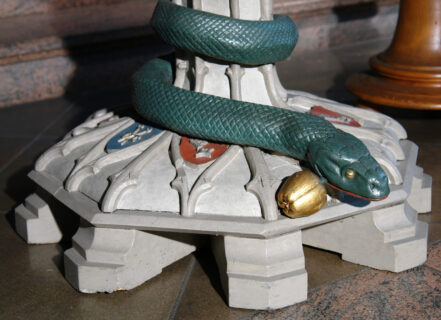 While listening to a sermon in which the priest listed a selection of sins, I realised with dismay that they reflected behavioural indicators of my childhood abuse. I had learned about emotional abuse while training to become a child abuse investigator. In horror I realised that the first abuse I should investigate was my own.

When I heard the judgemental sermon, I had been in hopeful recovery and sometimes devastating relapse for over 25 years. A resolute though often fragile faith in the inexplicable power of healing keeps me going. My wavering convictions have saved my often distraught life. I depend for release upon positive inspiration, retrospective therapy and clinical treatment. Myopic assertions about sin, with its medieval “strict parent, naughty child” approach of a punishing god stubbornly ignores my excruciating PTSD realities.

The original term for sin refers to missing a target: an error not a blemish. Early “Fathers of the Church” developed and nuanced broad biblical principles to create narrow decrees. In Sin, A History, Gary A. Anderson shows how perceptions of sin developed from being a Judaic onerous burden of error to endure, to becoming a guilt-based Christian liability. Two quotes demonstrate this change: Leviticus 16.22, “The goat shall bear on itself all their iniquities to a barren region” and Matthew 6: 12, “Forgive us our debts”. The first quote became the foundation of Passover, where the burden of sin is let go. The second (oversimplified*) sentiment helped fashion settlement through penance.

Penitential contrition, however does not release us from our sinful condition. In the second century, Irenaeus, Bishop of Lyons invented what would become the morbid decree of original sin. Original sin declares that I am evil in my essential nature because I inherited the “Sin of Adam”. The idea was extrapolated from biblical implications (e.g. Romans 5:12). Fortunately, recent explanations for “sinful” behaviour are more evidence-based. Drunkenness, for example may indicate the disease of alcoholism. Fornication often exhibits sexual addiction caused by childhood molestation or rape. Even torture and murder reveal terrible, though treatable pathologies.

For behavioral health we must take responsibility for, and seek recovery from our negative attitudes, hurtful actions and self-deprecating feelings. To do this, some degree of contrition and confession are essential. But that does not make us miserable sinners. The term is not even accurate in our age. According to C.S. Lewis, “miserable”, in the old sense meant “an object of pity” caused by, “a load which …will…break us”; a reason for compassion not judgment. (http://anglicanhistory.org/usa/advent/misoff.html)

In many beliefs, human defects are described as karma, or negative energy that detracts from our personal enlightenment: a burden to relinquish. This ancient concept is also embodied in contemporary therapeutic practices that advocate for letting go guilt and whatever makes life unmanageable. Behavioural dysfunction should not feed a sense of worthlessness, and cannot be ditched with a sincere, soul-searching prayer. What is denounced as the fatal flaw of sin is an unfortunate and challenging moral lapse, the resolution of which can take a lifetime of commitment, one day at a time.

Compassionate clergy, like the priest who listed my shortcomings often give enlightened pastoral counselling and encourage progressive social views. They stay up to date on many issues, but their medieval denunciations serve only to distort and oversimplify the distressing burdens I endure.

*The Greek word for ‘debts’ means that which is owed; not only money but also the arrears of interpersonal shortcomings. We are to relinquish the “debts”, of those who owe us more respect, consideration and other positive attributes. The Greek word for forgive means to send away, or leave alone. We ask God to send away the burden of our sins in the same way that we can let go the failings of others.

(Paraphrased from the Wycliffe Bible and http://roshpinaproject.com/2011/01/14/hebrew-background-to-the-lords-prayer)