The case against Christian belief but for Christian faith - book by Robert M. Ellis 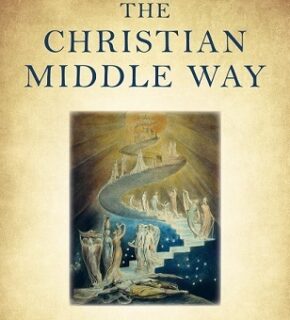 I’ve read and much admired The Christian Middle Way by Robert M. Ellis. I think he has understood the fundamental point of Christian practice. Jay Parini, author of ‘The Human Face of God’

Robert M. Ellis’ new book, The Christian Middle Way, has given me a path to walk on as I move through these new shadowlands in this segment of my journey. In this book, Ellis draws heavily both on the Middle Way philosophy developed by the Buddha and also the function of archetypes as articulated by Carl G. Jung.

Applying Middle Way principles including provisionality and avoiding the absolutizing tendency of metaphysical claims (whether religious or anti-religious) Ellis proposes a path toward integration that may helpfully include the archetypes of God and Jesus incarnate, crucified, and risen, as well as much of the symbolism and meaning of the Christian tradition on one’s journey. Lutheran Pastor (‘One Person’ Blog)

Robert M. Ellis is the founder of the Middle Way Society and author of a number of books on Middle Way Philosophy, including the introductory Migglism, the more detailed Middle Way Philosophy series and the forthcoming Buddha’s Middle Way (Equinox, 2019). He has a Ph.D. in Philosophy and a Cambridge B.A. in Theology and Oriental Studies. The son of a Baptist minister but formerly also an ordained Buddhist, he seeks a sympathetic but critical path through both traditions.