Spiritual but not Religious?

PCN chair, Adrian Alker argues that churches should forgo their love of unbelievable creeds and set rituals. He calls on religious leaders to focus on practice rather than belief. In this way they might reconnect with the increasing numbers who claim to be spiritual but not religious. 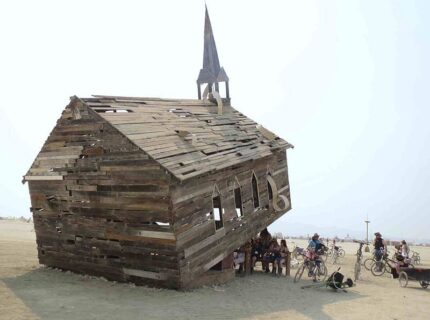 This article was first published in Sofia 120 (June 2016), the journal of Sea of Faith. Reprinted with permission.

Churches in the United Kingdom, as elsewhere in much of Western Europe and North America, face an accelerating loss of members.

The latest statistics (1) show that the average weekly attendance in the Church of England has dropped below one million people for the first time, the latest outcome of the 12% decline in weekly attendance over the past ten years. At the same time being ‘spiritual but not religious’ is an increasing phenomenon on both sides of the Atlantic, evidenced in survey after survey.

The Commission on Religion and Belief in British Public Life, chaired by Baroness Butler-Sloss, in its report ‘Living With Difference’ (2) , also identified this trend in reference to a YouGov study of 2013, where a quarter of those interviewed about religion said they were spiritual but not religious. (3)

Only in recent decades have the terms ‘religious’ and ‘spiritual’ become less interchangeable and this, I believe, is connected to the accentuated differences between the ‘private’ and ‘public’ spheres of life. The growing prestige of the sciences, the gained insights of biblical scholarship, the relevance of cultural conditioning has led more and more people to shy away from loyalty to religious institutions with their enforcing creeds and rituals.

‘Spiritual’ for many has come to be associated with a private realm of thought and experience, heightened interest in mysticism, intense connectivity with the natural world, an openness to other faiths and ideologies. On the other hand for many the word ‘religion’ does, true to its meaning, feel too binding, too enlisting and demanding of acceptance of doctrines which may not seem plausible in this twenty first century.

Whilst this contrast is, of course, more complex than any simple binary interpretation, nevertheless I think it does point to distinctions which are all too evident in our public discourse over faith and religious practice. One distinction was made over twelve years ago by Don Cupitt in his book ‘Reforming Christianity’, where Don argued that the elaborate machinery of sacramentally mediated church religion has had its day. The kingdom religion of Jesus, he argues is about religious immediacy. Kingdom religion feels more authentic, more democratic, more personal. Kingdom religion speaks less about doctrines and dogmas and more about journeying and experiencing.

Since then a stream of writers – Marcus Borg, Brian McClaren, Dave Tomlinson, Gretta Vosper to name but a few- have pointed their readers in much the same direction. PCN Britain and other partners sponsored a conference in May in Birmingham, at which our guest speaker Diana Butler Bass took up the theme of ‘spiritual but not religious’ to be found in her latest book ‘Grounded – Finding God in the World - A Spiritual Revolution’.

When people claim to be spiritual but not religious, I understand this in part to be related to kingdom religion. In Christian terms, I would see this as taking the kingdom teachings of Jesus as framing an ethical basis for human behaviour and how we treat each other. Certainly the Eight Points which guide the work of the Progressive Christianity Network would reflect this notion of kingdom religion.

Depressingly, the established Church, of which I have been an ordained minister for 37 years, responds to these trends not by opening up a debate about what it means to be spiritual but rather points to churchy initiatives such as Messy Church or to an increase in attendance at cathedrals! Church leaders stubbornly refuse to engage in what many writers, theologians, commentators and organisations are calling for, namely a new reformation of the church, a public debate about what truly binds people together in the religious or spiritual quest. John Robinson’s ‘Honest to God’ in 1963, the debates in the 1970s around the “Myth of God Incarnate’, the honest challenges by Bishop David Jenkins, seem to have left little impression on the presently evangelically led Church of England whose doctrines, worship and practices have altered little over the centuries.

I do maintain a high regard and love for the local church and the breadth of good work which it does. The church can provide the public space in which goodness, virtue, equality, peace, tolerance and love can flourish. We so desperately need this narrative of care and compassion in our own country today as we face the challenges of migration and the widening gap between rich and poor. Yet we also need our church leaders to shed their fortress mentality, be more honest about the fruits of two hundred years of critical scholarship, allow the real debate not to centre on conversion and the growth in attendance at services but rather to encourage those conversations when folk talk about their deep longings and experiences of life, their doubts and their hopes. Cut the cords of ‘right belief’, search honestly for truth, stop wrapping Jesus of Nazareth in a coat of many doctrines.

Churches can respond to the notion of being ‘spiritual but not religious’ by, for example, allowing those important rites of passage in our lives – the birth of children, love expressed in marriage, the mourning of the bereaved - to be met not with doctrine-laden services which can mean little to unchurched folk but rather to recognize that here are opportunities to meet people where they are and to journey with then into the depths of their emotions and search for meaning.

In so many other ways, not least in the content of worship, can churches become places where honest questions are validated, where doubts are respected and religion is not so much about belief but about practice, as repeatedly emphasized by Karen Armstrong.

In many of our networks such as PCN , Sea of Faith, Free to Believe, Inclusive Church and many others, we find people who, in their honest search for truth have given up on church. They may not wish to withdraw into a private sphere and may miss that sense of community. I find this is a tragedy, an indictment of the kind of religion and church which allows no space for spiritual growth, no space for the imagination. Some churches are thankfully bucking the trend through imaginative acts of worship, through a willingness to dialogue with other faiths and with people of non-theistic convictions. But such examples are few in my experience.

But I am delighted that Sea of Faith, PCN Britain and other organisations can work together to encourage the search for meaning in and beyond religion and to offer a vision to churches of what the religious landscape might indeed offer as we seek to build that kingdom of love and compassion which Jesus spoke of and enacted in his life.

Adrian’s book, Is a Radical Church Possible? is published by Christian Alternative Books and can be purchased at the discounted price of £9.99 inc.postage through the online bookshop on the PCN Britain website.