So where do cathedrals more generally sit from a progressive Christianity viewpoint? 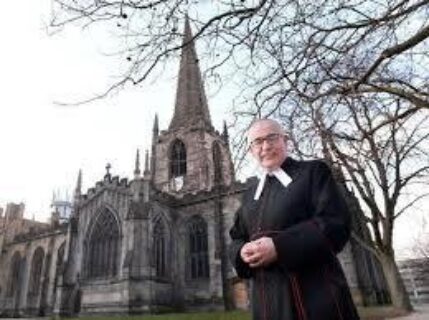 As a former honorary canon of Sheffield cathedral and living just twenty minutes from the city centre, I might have been expected to have had my ears more attuned to what was happening at the cathedral but the news of the disbanding of the cathedral choir and the anticipated changes came as a complete surprise. The ensuing protests by parents of choristers, former musicians and others managed to make headline news in the mainstream media and no doubt caused many a sleepless night for the Dean, Peter Bradley. So where do cathedrals more generally sit from a progressive Christianity viewpoint? All Anglican cathedrals serve many purposes in the civic life of a city and county as well as the life of a diocese. They reflect history and culture in a degree heightened by the longstanding role and power which bishops and deans have had in previous centuries. Cathedrals have space and resources to sponsor and encourage the arts, be it in music, art or sculpture. The very buildings are part of our heritage. Industrial cities like Sheffield would be the poorer without its cathedral and Sheffield more than most other cathedrals has had a longstanding commitment to those on the very margins of society, street drinkers, drug addicts, the homeless, through its Archer Project. But cathedrals serve another purpose - they are havens for those who are curious about religion, who can slip in and slip out; they are resorts for those who flee from their churches if they have become too evangelical or too conservative, too charismatic, too ‘jolly’. Cathedrals can seem a safer space than a local church or chapel. They maintain that classic Anglican way of worship which is measured, well ordered, offering (usually!) intelligent and thoughtful sermons, music which delights the ears of many and above all conducts its liturgy well. The folk who regularly attend choral eucharist or sung evensong do so in pretty good numbers because that is what they like. Cathedrals have been bucking the trend of declining attendance figures, which is why it seems somewhat curious to disband a choir, to bite the hand that feeds you, as it were. More of that anon. Cathedrals also can display a rugged independence of mind. There are and have been many examples of radical and imaginative theological thinkers – like Edward Patey when he was Dean of Liverpool or Colin Slee at Southwark. The ‘red dean’ of Canterbury, Hewlett Johnson was a controversial figure, an avowed Christian Marxist. There have been recent examples of the influence which being a cathedral dean might have on contemporary issues, for example the openly gay Dean of St Albans Jeffrey John speaking out in favour of same sex marriage. So progressive Christians might find much to applaud in the life of our cathedrals – open , enquiring theology, pleasing aesthetics to those who may sit light to the doctrinal claims of Christianity but find in both music and art a sense of otherworldliness. Cathedrals also offer anonymity rather than a clubby, chummy church experience for those who prefer a certain sense of detachment. But of course a progressive Christian faith would also be characterised by a radical sense of bringing in the kingdom of God as seen in the life and teachings of Jesus – a concern for justice and compassion, a desire to transform our society to become a more equal and sustainable world. A society where those on the margins are brought into the centre. Many churches and cathedrals are engaged in this calling but cathedrals in particular have a pivotal role to play, thanks to their somewhat privileged and well-resourced position. And here is perhaps is the source of Sheffield’s dilemma. You have (and it is pretty universal) a largely white, middle class, middle to older aged congregation , coming in from the wealthier suburbs, with choristers often drawn from the city’s private schools, serving a multi cultural and quite poor urban population. To its credit there is the Archer project, to its credit there has been a reaching out across the city to state schools by former cathedral music staff. But somehow attending a service at the cathedral ( like so many cathedrals) does seem to be somewhat out of kilter with contemporary life. Many obviously enjoy the pomp, the processions, largely of white males, the embroidered magnificence of clergy robes, the long Latin anthems or Messiaen organ pieces as the staple diet of the main service. But many others do not. So the Dean wants to make changes. But how progressive does he want to be? The professed desire is to better serve the urban mix of people in this city by a wider participation in music making at the cathedral. The sudden disbanding of the existing choir does seem to have been badly handled and there are claims of abuse and bullying of the musical staff, which is under investigation. If I were still an honorary canon I might have tossed in these thoughts for what they might be worth: 1. Don’t disband the choir but keep it alongside all your other ideas for music making. 2. Be far more creative liturgically than you have been, on all fronts. Use inclusive language, consider the hundreds of ‘progressive’ hymns and songs which are intelligent, thought provoking and popular. Dare to have as many experimental and different experiences of worship as you possibly can. Be a seedbed of innovation – you have the staff and the resources. 3. Commit to having a clergy team and larger staff which is ethnically, age and gender mixed. 4. Invite a wide range of speakers/preachers, court controversy and encourage questioning debate. 5. Don’t be a clone of what the bishop or diocese is doing, be unique! 6. Above all be a place of learning, hope, compassion and commitment to the vision of Jesus for this world. Adrian Alker