Religion in Crisis - what Crisis?

PCN Trustee, Tony Rutherford, dreams up a new vision of religion in general and of the Church of England in particular based on a conference in 2015 led by Linda Woodhead, Professor of the Sociology of Religion at Lancaster University. 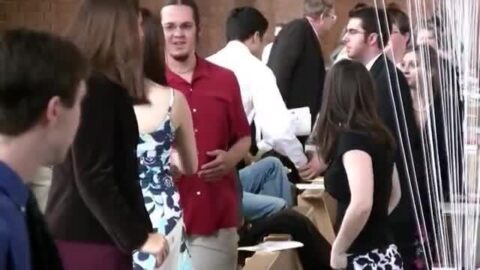 In July last year, I attended an exhilarating weekend at Gladstone’s Library. We were about 30 people including self professed heretics, non-conformists, retired and active priests and lay people. Linda began by suggesting that religion is like a three legged stool. One leg is the everyday life, one is ritual and the third is a belief system or narrative. All three need to be present or the stool fails. The word Crisis of the conference title is offered to mean a breaking point - as in a fever - or a point of transition. In Britain, the Crisis is formed of diminishing church membership and attendance, to the point where non-Christians now outnumber Christians. At the same time, atheism is not growing - less than half those who say they are “non-religious” are atheists.

Today the popular pleas are not for God, (however interpreted), but for space, peace, silence and mindfulness. So, as Linda puts it, “we are not born into a story now, but we have to make our own story”.

Making up a new story

Linda asked the question, is there a middle ground between the religious and the secular? The British have always been ritual lovers - look at the rituals that surround the monarchy or death. Artistic installations can be a modern form of ritual - take for example the poppies in the Tower of London moat or flowers by the roadside after a fatality. Rituals can be uncomfortable. They are often repeated and sometimes their meaning changes. They can be spontaneous - such as the flowers thrown on Princess Di’s funeral car. Rituals are no longer led mainly by priests but by anyone who recognises the power in Story, Poetry and Ritual. Everyone has a dream. We now expect “voice and choice”.

So what is the future for religion?

Is the Church of England capable of taking such ideas on board? We came to the conclusion that the CofE will have to be a broad church or a dead one. It will have to operate on a “franchise” model providing, in different geographical areas, particular strengths. These could include an emphasis on spirituality or inclusivity or a focus on social justice. There could be a Cathedral group, an Alpha group and what was called a “Heart of England “ group, which would focus on the needs of a community, eg a parish. Each group would need to be rooted in faith, and to be Biblical. Each church would choose to which group they wish to belong and within which there would be training, renewal and a badge to reflect their identity. There would be a need to reduce redundant churches with each diocese being responsible for their upkeep and finding new purposes for them. Churches would be more open - sacraments would no longer be an entry requirement. We noted that some dioceses are already working on these ideas.

In a bravura ending, the conference decided, 'en masse', on a number of far reaching and positive ideas all designed to see a future for the church in the 21st century

Having braved the challenges inspired by Linda Woodhead and shared so many forward looking ideas, the conference dispersed to think how to apply their learning in their own patches. Perhaps this summary can remind us, and inspire others to go out and get on with it.

My own challenge has been to begin a theological underpinning for the above. Any help would be gladly received. For starters, I offer a consideration of creation inspired elements, the diversity of need as well as of ideas and ideals, concepts of acceptance, forgiveness and inclusivity. And as a concluding thought,

“What would be the place of a new monarch who would like to describe himself as a pluralistic “Defender of Faiths”?!

Recommended book “The Righteous Mind” by Jonathan Heidt (US)

Image (above): Chapel of the Resurrection at Valparaiso University, Valparaiso, Indiana. Screen capture from a video made in 2007 for the 50th anniversary of the chapel by Runner1928.