The Reverend Dr Giles Fraser is brave, compassionate and knowledgeable. I respect him greatly. So when I find myself disagreeing with him, I do so fearing that I might have missed his point, writes Andy Vivian. 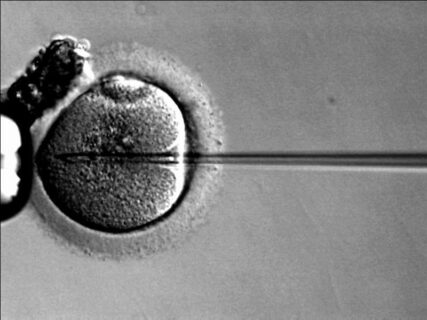 I refer to yesterday's talk by Giles in the Today Programme's Thought for the Day slot on Radio Four.

Giles was talking about opposition to DNA research and in particular the current bill to allow what are called mitochondrial implants, a bill which has still to come before the House of Lords and which will no doubt occasion another round of disapproval from Anglican and Roman Catholic bishops. Giles justified the religious voices raised against mitochondrial implants by arguing that their worries are born of a caution and humility that comes to those who are practised in the art of sitting alongside the ‘unknown unknown’ which we call God. I think my disagreement centres around his use of those terms: caution, humility and ‘unknown unknown’.

Caution. Yes genetic treatments should be adopted cautiously. That is why we have the Human Fertilisation and Embryology Authority. Can the authority be guaranteed to get it right? No. There will always remain an element of risk. This element of risk needs to be balanced against the good that will ensue. In this case the good is to allow families with the curse of mitochondrial disease to have babies which are free of that disease. Giles appeared to argue that a religious person becomes more sensitive to the risks through the experience of sitting alongside God. What religion is this? In the parable of the Good Samaritan Jesus talks of religious types shunning the possibility of helping the robbed and beaten man, driven presumably by their natural caution and fear, what they might even claim as their closeness to God. If the Human Fertilisation and Embryology Authority is satisfied that the risk is appropriate then I would prefer to see spokespeople from the Church of England supporting this bill by referring to the compassionate reasons for passing it.

Humility. To take a stance that flies in the face of the scientific evidence built up over many years and which has been considered by the most experienced ethicists in the country is not so much a sign of humility but of bone-headedness. To talk about this bill 'opening the door on the unknown' borders on scaremongering. The genetic modification 'door' was opened years and years ago. This surely is one of the highly positive things currently flowing through it. I wonder if those opposing the bill still believe that the fate bestowed on us by our genes is God’s will and as such should not be disturbed?

I respect the lessons of the known world, the one that I interact with every day. I would prefer to sit alongside these ‘known unknowns’, which continue to amaze me. Surely we have seen a great deal more of God though the compassionate responses offered to Ebola victims. I will go on looking for God as the compassionate power in the known universe. And for me this is where the divine ‘known unknown’ is most relevant for it remains a mystery why love and beauty work in the remarkable way they do. This is not to say the divine is limited to my small world. But I would hate a fear of the ‘unknown unknown’ to justify applying the brakes on a well researched and compassionate medical advance.