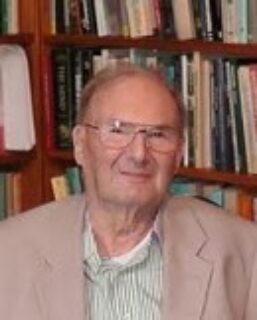 ​Richard Dawkins, the perceived ultra enemy of religious faith today, rather astutely pointed out recently that religion remains the one area that actively avoids critical analysis and yet is the one area that most needs it. John Hick was one of the few exceptions to that rule. Indeed one might perceive that his faith depended on scepticism.

“The Myth Of God Incarnate” published in 1977 was the cause of much controversy. Those who stopped even briefly to listen properly however, were rewarded with a reasoned and rational approach to the divinity of Jesus. In his long and prolific career, very little about the Christian faith and its claims about Jesus were left to rest in the safety if creedal enforcement. The Virgin birth, miracles, resurrection, and the trinity; all of these were placed under Hicks’ microscope, broken down, dismissed, redefined, re invigorated and written in an easy and accessible manner so rare for such esteemed academics. In essence Hick preferred metaphor to literalism and human achievement as a reflection of divine light.

Since its founding, Christianity has changed and adapted to suite the culture or nations it infiltrates. Arguably the pace of such practice has yielded to fundamentalism, yet Hick felt compelled to continue this approach. He therefore became popular with those of all walks of life, who found themselves in a state of unavoidable religious doubt. Reading Hicks’ essays and books convinced people that doubt was not a sign of spiritual “back sliding” but a measurement of maturity; that coming up with answers different to the mainstream Church was not a symptom of delusion but of clarity.

Hick himself suffered for his doubt. Subject to two heresy trials by the Presbyterian Church, he eventually found himself exiled and at home as a member of the Religious Society of Friends (Quakers). Hick walked his chosen path with pride and humility, concerned not with the “final solution” that Christianity promises but with the compassion and good we could promote in this life based on the Sermon on the Mount. It was in this and the evident religious crossover that he found a great affinity with Buddhism amongst many other religions as he championed in his pluralistic approach to faith.

He never ultimately crossed the line from being an honest sceptic to atheist (what he called the epistemic distance) but he walked and supported those who did in his honest empathetic writing. Despite the accusations of heresy, Hick was well respected in academic fields as a theologian and philosopher who applied reasoning and rational clarity to the scriptures and history of Christianity to expose the nonsense and champion the truth. Ultimately he led sceptics to either a form of “believable Christianity” or indeed empower those who chose to cross that epistemic distance to do so with conviction and courage.

Although not a humanist and someone who always remained theist in his faith he, nonetheless, became one of the champions when it came to defeating religious absolutism. It is sad, perhaps, that his legacy of open minded and critical scepticism will not be taken up by many Christians in the future. It seems therefore all the more fitting that he should be remembered and valued by those who place reasoned, rational thinking and the desire to do the best for others in this the one life that many religious people de-value.