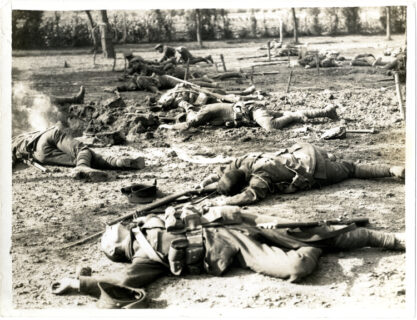 I recently returned from the beautiful city of Vienna. Whilst there that I was reminded that the First World War had its roots in that city, the capital of the Austro-Hungarian Empire.

Almost a hundred years ago, on 28 June 1914, Archduke Franz Ferdinand, heir to the Austro-Hungarian throne along with his wife, the Czech Countess Sophie, were assassinated in Sarajevo by a group of 6 Serbians supported by Serbian military officers. At that time the intention of the Austro-Hungarian leadership was to further extend their Empire into more of the Slavic areas. Propelled by the complex web of international treaties, territorial and economic greed, self-interest and determination on the part of some European governments to break the power of the Austro-Hungarian and Ottoman Empires, Europe slid quickly into war.

Today at the 11th hour of the 11th day of the 11th month, I took part in an Armistice Day ceremony. The long war was supposed to have been all over by Christmas 1914 but it eventually became 4 years of brutality and senseless killing, the impact of which changed the world forever. The barbarism and inhumanity suffered throughout those long 4 years were air-brushed from reality by governments claiming, when it was all over, that it had been the War to end all wars.

But the human cost of that War was tremendous: 9,000,000 military personnel along with 12,000,000 civilians were killed and a further 21,000,000 military personnel wounded. Across the globe, governments, including our own, replaced truth with propaganda designed to manipulate the public to sympathise and to identify with the suffering of the Allied troops. One British Government propaganda film made in the aftermath of the loss of 120,000 British troops in the Battle of the Somme was watched by half the British population.

The propaganda declared that Allied soldiers, sailors and airmen were dying for a worthwhile cause. Such propaganda effectively stopped the general public from asking why these atrocities were taking place at all. Pacifists were demonised along side the demonising of Germany.

Many British villages had their young men wiped out in single days as they were ordered over the trench parapets and into the deadly machine gun bullets. But many of the sons of the elite were also sacrificed on the altars of Flanders, The Somme, Verdun - the list goes on and on. These young men traditionally had military careers and as commissioned officers courageously led their men from the front. In 1913 alone, one third of Oxford University graduates [sons of the elite] were killed in the mud of northern France and southern Belgium. The British Prime Minister and the German Chancellor each lost a son in the conflict.

We have seen, and will see even more photos and films in the coming 12 months leading up to the Centenary of the outbreak of the First World War, of young men knee deep in mud and water in the trenches that stretched across Western Europe. The trenches were home both to soldiers and to rats. Many soldiers who survived the gun fire, gassing and shell bursts lost their battle against trench foot, the awful rotting of their feet, the result of standing for weeks on end in water and mud.

That conflict ended at the 11th hour of the 11th day of the 11th month in 1918 in a railway carriage in the Compiegne Forest in northern France. But sadly we seem never learn the lessons of history. The war reparations made against Germany were, in fact, the seeds of the Second World War. Hitler, 22 years later, made France surrender in the same railway carriage, taken out of a museum and returned to the same Compiegne Forest where the Armistice to end the war that would end all wars was signed in 1918.

And today as we remember all those who gave their life for justice and freedom in two World Wars and many conflicts since, I am reminded of the memorial placed on California Ridge, I think part of the Vimy battle field in northern France: 'I did not choose to die in this place'.

And I haven't even started talking about the human cost of the Second World War and nor of the many conflicts since. But of this I am sure, in war there are no victors. Greater aggression may force a capitulation of the other side but the peace will not last. Without a just settlement for both sides any cease-fire is merely the seed of the next conflict. Although it may be necessary for unjustified aggression and terrorism to be met with reasonable force, make no mistake - there is no such thing as redemptive violence. Violence will always generate violence.

You can read more of John Churcher's writing on his website, Permission to Speak

Photo image image is taken from the H. D. Girdwood collection of propaganda photographs produced for the Government of India in 1915. The caption, taken from the original record reads: Casualties after a charge [France], 6th September 1915, Dead and wounded soldiers on the field of battle.