"poorer fifth of society, .. most at risk when an epidemic strikes" Clifford Longley, The Tablet 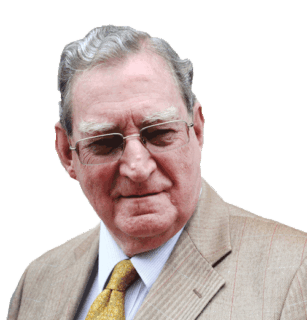 In the public debate about the coronavirus pandemic...it is being pointed out that this deadly germ seems to have the peculiar ability to expose the fundamental moral weaknesses in the way modern society functions. And to indicate the way that these weaknesses ought to be dealt with; indeed, to recall society to higher moral standards and a change of values. For instance, to abandon the worship of Mammon, which lies at the heart of contemporary capitalism. Mammon worship is known there as maximisation of shareholder value, both by dividends and by share price, and it has become the obsessive preoccupation of the entire finance industry. Structural sin does not excuse anybody: I too have my pension fund invested in the Stock Exchange, and I too do not like the way the FTSE100 has been moving recently. I too, therefore, should feel the lash of this nasty epidemic. Old Testament prophets did not excuse themselves either. But the divine chastisement that the theory of declension postulates is not aimed at personal sin per se; in other words if I catch coronavirus it is not because I have done anything in particular to deserve it. I should not feel guilty, or not more than anyone else. Now, the Chancellor of the Exchequer has laid out ways in which individual businesses, suffering a disruption of their normal activities because of Government-decreed restrictions, can claim financial support to keep them afloat. Excellent. The scheme is administered through the banking system. Not so good. The banks have spotted a profit-maximising opportunity. Proprietors of small and medium businesses are being told that they will be held personally liable for any default on the emergency loans that the Government has made available. Such funds will not be interest free. To qualify, personal property has to be offered as a guarantee. The banks may seize it. All this of course is good business practice. Banks are run by boards of directors and boards of directors are answerable to shareholders. Their fiduciary duty is to get the best return they can, for the shareholders' benefit. (It is significant that the banks that have not gone down this road include RBS, partly owned by the State; and Nationwide, owned by its members.) But in living memory, before the city of London's deregulation Big Bang in 1986, banks had a different social purpose. They were often founded by high minded individuals, many with strong religious convictions such as the Quakers, to facilitate productive industry and honest commerce, for the increased prosperity of all. Nor was this ethos confined to head office. Banks had local branches, the manager of which was often an almost legendary member of the community. He was, say, a local magistrate, chairman of the Rotary Club, trustee of local charities, a kindly father figure in the town he served. He could tell right from wrong and spot a dodgy deal a mile off. It is for him the expression "pillar of the community" could have been invented. Let's hear it for Captain Mainwaring. What happened was that banking was rapidly reduced to a simple profit-driven formula, computer algorithms replacing the personal touch. Hence the notorious phrase: "The computer says No". The entire profession of bank manager was swept into the dustbin of history. Henceforth banking was driven by "targets", including targets to sell insurance policies to customers who did not need them. I am not saying that the existence of bank managers as a class represents the whole difference between a just and an unjust society. But their disappearance does illustrate one of the many wrong turnings society has taken in the course of the last four decades, and taken, on the whole, by people who thought it was the right thing to do. A society without bank managers is a society without a heart, which has rejected the personal touch as inefficient. It has so dehumanised the economy that people are measured solely by their wealth. If they have none, then under these distorted values they are literally worthless. And it is they, the poorer fifth of society, who are most at risk when an epidemic strikes. Is it so surprising that such a dehumanised system is having to face some form of reckoning? Indeed, the signs are that the penny is already dropping. The tumult of public clapping even in my suburban street the other evening was not applause for the banking system. It was for the brave and selfless public service of our health workers.