PCN chair, Adrian Alker, challenges the idea that being a politician and a faithful Christian are incompatible. 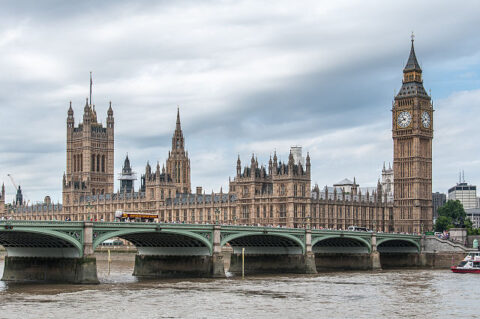 The resignation of Tim Farron as leader of the Liberal Democratic party, citing the impossibility of reconciling his position with also being a ‘faithful Christian’, has set a number of hares running around this field of faith and political allegiance. What might members of the Progressive Christian Network make of this?

It is self evident that politicians belonging to all the main political parties in the UK will have varied religious affiliations while others will have none. The established Church, through its Chaplain to the House of Commons, invites MPs to pray each day if they so wish. The Queen commends her Lords and Members of the House of Commons to the care of almighty God as they go about the business of implementing the provisions of her Speech at the opening of a new parliamentary session. Similar trust in the guidance of God can be found in the constitutions of Germany and the USA.

The Tories, Labour and the Lib Dems all have parliamentary Christian organisations. ‘The Conservative Christian Fellowship’ builds relationships between the Christian world and the world of politics. They claim to be ‘a non-denominational Christian fellowship that inspires and equips believers to go into public life. We seek to be ‘Salt & Light’ in the Conservative Party’. Meanwhile, ‘Christians on the Left’ is a movement of Christians with a radical commitment to social justice, to protecting the environment and to fostering peace and reconciliation. It aims to be both a 'prophetic conscience of the Labour Party and a prophetic voice to the churches'. To complete this particular trinity the ‘Liberal Democrat Christian Forum’ also has concerns about justice, environmental and global affairs.

Standing alongside these particular party groupings is the all parliamentary group, ‘Christians in Parliament’ which holds weekly bible study and prayer groups, hosts the annual National Parliamentary Prayer Breakfast and is a group supported by the Bible Society.

Beyond the Christian faith there were sixteen Muslims MPs elected in the June and two Sikhs. I’ve not been able to get a figure for Hindus. No doubt Parliament like the rest of the UK presents a very mixed picture when it comes to religious affiliation which makes the statement by Tim Farron, implying the difficulty of having a faith and being a political animal, both puzzling and in need of some deeper investigation.

My guess about the official parliamentary faith groupings is that whilst progressive Christians would find in them much to applaud – concerns over social justice, peace and reconciliation matters, care for the environment and so on – they all appear to be conservative in their understanding of Christianity and its claims. There is little evidence of a more radically robust theology.

Support for a particular ethical stance may cross religious divides. There will surely be politicians of faith who, like members of PCN, hold more progressive views on a number of theological and ethical matters, and are able to align their religious faith with social policies over same sex marriage, abortion and euthanasia, for example.

Tim Farron presumably has a faith which is rooted in a more conservative evangelical understanding of Christianity. Whilst it could be argued that the media pressure on him and his views over gay sex was unfair, it does seem to have unearthed a potential ambivalence on his part. Under fire during the election campaign, Farron stated that gay sex was not sinful but he left many feeling that this might have been only a half truth given that his church was opposed gay marriage. What I find upsetting about his resignation is his claim, repeated by some evangelicals, that there is a difficulty in being part of the maelstrom of political life and also being ‘a faithful Christian’. Yet this is only Farron’s take on what faithful Christianity might look like! His resignation will fuel that persecution narrative often repeated by conservative Christians that the wicked secular world is the devil warring against the claims of Christianity. Others would see the heart of Christianity as being very different indeed, a much more generous and inclusive way of following the example of Jesus’s love and compassion which leads us to make more generous and inclusive political, social and ethical decisions.

So at root are questions over the nature of the God we do or do not believe in and also how, in a liberal democracy, we might hold with integrity a variety of views, both political and religious.

Finally then what about PCN members and their thoughts about all of this? It would be good to hear from you. For we will have in our ranks members of political parties, some activists, local councilors and even perhaps members of the House of Lords. It would be good if our Eight Points and much of our progressive theological discourse could find its way into the various parliamentary and party machines. It would be good to dialogue with those of different faiths who serve as politicians as together we seek the Common Good for all our citizens in these days of division and uncertainty in our society. Over to you for comments!

Image: By Daniel Bron (Own work) via Wikimedia Commons