Philip North was right to withdraw as Bishop of Sheffield

The experience of this flawed appointment should be a test case that ends the ongoing prejudice and discrimination in the Church of England, says PCN Britain chair, Adrian Alker 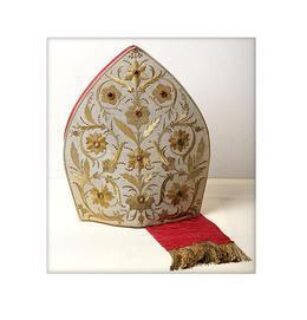 I very much welcome the gracious decision of Bishop Philip North to withdraw his acceptance of the post of Bishop of Sheffield. This has doubtless been a painful process for him as well as the many women and men in the diocese of Sheffield who opposed his nomination. It is to be hoped that Philip North’s ministry in the Blackburn Diocese will continue to flourish...

A number of important questions have arisen over this unsatisfactory debacle. The first concerns the appointment procedure. Whatever induced the selectors of North to make this appointment of a man knowingly committed to membership of The Society, which explicitly states that its members cannot receive the ministry of women priests? The Diocese of Sheffield was the first diocese in the Northern Province to ordain women and in the intervening decades two diocesan bishops in succession, one catholic, one evangelical have positively embraced women’s ministry. To intend to reverse such leadership is an arrogance unworthy of the selectors.

Secondly, the general reaction of those supporting North, both in the Blackburn Diocese and in the hierarchy, seems to be that North is a good priest, cares for the poor and is missionally focused etc., so all is well. This is to treat the issue of Philip North’s refusal to recognise the validity of women’s priestly vocation as a minor matter to be balanced against his many virtues. In this way such gender discrimination embedded in the Church of England is normalised.

Thirdly the response by archbishop Sentamu and others is to call for mutual flourishing and the need to live with theological difference and ‘different integrities’. But these principles are simply management attempts to smooth over the theological impasse with no attempt to move towards an institutional integrity. The Church of England can only offer integrity and be regarded as having integrity by those it wishes to serve when it brings to an end the ambivalence towards the ministry of women. Over a quarter of a century ago the General Synod of the C of E declared that priestly orders were open to both women and men. That is surely where the integrity lies!

This episode has brought damage to the reputation of the Church of England in Sheffield and beyond. MP’s and other civic leaders have expressed their dismay in the proposed appointment. It should now be seen as a test case in how the Church is seen to place equality at its heart, both in its system of senior appointments and its need to look again at the smokescreen of ‘mutual flourishing’ which gives cover to the ongoing prejudice and discrimination which should never be tolerated in our Church.