“God is love.”.....These three words are our marching orders as Christians. 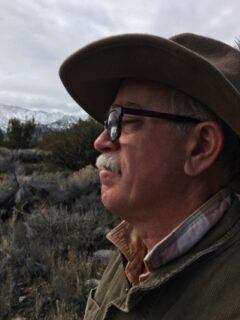 A few weeks ago, I flew up to Portland from Los Angeles and found myself sitting next to a woman, about 45 years old, who was on her way to her first face-to-face date with a man she met online. She needed to talk because she was nervous about the impending encounter. I asked her questions and offered encouragement, for which she seemed very grateful. She was a fundamentalist Christian who had never married. "My biggest test of faith was when I was in the Peace Corps in Nepal and fell in love with a wonderful man who was a Hindu. We were getting close to a commitment but I did not want to be "unequally yoked" to an non-Christian. I was afraid of God so I backed away from him. It was so hard," she confessed. I just listened, but felt so sad for her. Her fear-based religion shattered the love of her life. And that fear even now dragged behind her like a useless anchor.

“God is love.” The Bible tells us so. Taking this short line from the first letter of John seriously results in a long list of significant consequences. These three words are our marching orders as Christians. They sum up the meaning and purpose of human existence. They open a window into a more compassionate, mindful, and progressive form of the Christian faith.

If God is love, then prayer is not about asking God for favors. If God is love, then prayer becomes the contemplative experience of divine love. It is the practice of love through compassionate attention to all that is. And this is the purpose of human life. Through billions of years of cosmic unfolding and evolution, we frail creatures have come into being for the purpose of reflecting attentive awe and wonder back at the universe. We’re here to let our jaws drop in amazement at each other’s existence, and to be wonderstruck with loving attention toward all that exists. When we are in this state of awe, we are doing God. We are practicing God. We are communing with God.

Like the guy I know who has a big locked cabinet in his basement, full of guns. Why does he have guns? To protect his family from intruders, he says. But the main reason an intruder would want to intrude would be to steal his guns, which are by far the most fungible assets in his house. He thinks he needs guns in order to protect his guns. Our current president wants to build and store lots more nuclear weapons in order to keep America a safe place to build and store nuclear weapons. And he said he will build a border wall to protect Americans from brown immigrants who are only scary because he said they are scary and his supporters believed him and now they demand that he build a wall. He has trapped himself in a feedback loop of fear. But if we loved the folks south of the border, we’d do what we can to make their lives better so that they wouldn’t want to cross the border in the first place. We'd show compassion to the millions of undocumented immigrants who have been living in the shadows for decades. And we’d show compassion to those with legitimate need for asylum. Perfect love would cast out our irrational fears and at the same time make the world happier and safer.

Here in LA, this city full of Catholics, I've never seen anyone cross themselves when crossing a street. But I sat next to a guy on my flight home from Portland to LA who crossed himself at takeoff and landing. I just looked at him with all the love I could muster and hoped that it might help cast out his fear. But then, maybe making the sign of the cross was enough to get him from fear into divine love! Most of the stuff we’re afraid of is statistically trivial. Being a pedestrian in Los Angeles is vastly more dangerous than air travel.

“God is love” – it's old news that stayed good news. But it might be frustrating news for folks who were hoping for a God who is more like Batman, vanquishing evil with superpowers. Or for a God like Elijah’s, who rained down fire from heaven to show who was boss. Or for a God like the one who drowned the Egyptian army when it was pursuing the people of Israel through the Red Sea. Or the God of Aimee Semple McPherson, the megachurch evangelist in 1930’s LA who told folks to put their hands on the radio to receive miraculous healing. Love is very powerful, to be sure, but a lot of us have been disappointed by it. You love somebody and they don’t love you back. Or you think somebody loves you but it turns out they really don’t. Or you want to love somebody but their difficult behavior makes it hard to know how to love them. And the list goes on. Love is more than a word on a Hallmark card. It takes time and trouble and discipline. I teach mindfulness practice at USC, and I tell my students that mindfulness and love are the same thing. Warm, caring, curious, open, non-judgmental attention. I tell them that mindfulness practice is not rocket science. It’s simple. But it is very challenging. It’s easy to learn what it is. But it’s hard to actually do it consistently. God is the love that you practice, the love that you do and share.

I went to the Sunday Assembly in Hollywood a few times. It’s a sort of church for atheists here in Hollywood. One part of their Sunday meeting is called “Doing Our Best”, and I think our progressive churches should copy it. They pick out one of their members to tell about how they did their best in a challenging situation. The stories they tell are prosaic. They sometimes don’t have happy endings, and often the stories end without a clear resolution. But such is life, eh? And such is love. It’s not all flowers and balloons, cuddles and giggles. The “Doing Our Best” stories are inspiring exactly because they aren’t heroic or extraordinary. They lift up the deep significance of how we respond to everyday life. “God is love.” It sounds sweet, but it has serious consequences. So we gather together in our churches, supporting each other in doing the best we can to move our community and our world away from fear and toward compassion.... JIM BURKLO