This is the second of the weekly newsletters from PCN Britain. 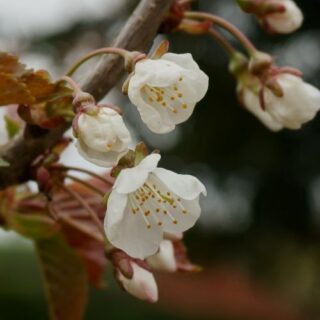 At times of stress and anxiety, when there seems to be a multiplicity of voices offering advice, warning or explanation, I find a great deal of solace and inspiration in poetry and I know many other people do too. Recently there has been a poem read each morning on Radio 4’s Today programme and various initiatives have arisen for sharing poems on line. Why not in our weekly newsletter, then, offer a poem to fellow PCN travellers? Sarah would love to hear from you. During this season of Lent I have been reading a poem each day in a compilation by Janet Morley entitled ‘The Heart’s Time’. You will know that Janet and Mark Oakley and others have edited various collections of poems and commented upon them. Here is a poem from her book, by Seamus Heaney: The Skylight You were the one for skylights, I opposed Cutting into the seasoned tongue-and-groove Of pitch pine. I liked it low and closed, Its claustrophobic, nest-up-in-the-roof Effect, I liked the snuff-dry feeling, The perfect, trunk-lid fit of the old ceiling. Under there, it was all hutch and hatch, The blue slates kept the heat like midnight thatch. But when the slates came off, extravagant Sky entered and held surprise wide open, For days I felt like an inhabitant Of that house where the man sick of the palsy Was lowered through the roof, had his sins forgiven, Was healed, took up his bed and walked away. In these days of confinement, perhaps many a couple or family or single person will be looking at their home and thinking of improvements or changes which can occupy the time. In this poem there seems to be a conversation about the merits or not of putting in a skylight and the narrator clearly prefers the cosiness and security of the room as it is. But then the change happens, the skylight is fitted and the ‘Sky’ enters, changing perspective for ever in an unending surprise. We do not know how the narrator really felt but he simply compares his feelings to those in the biblical parable of the man who was healed by Jesus after being lowered through a broken-open roof. In another poem , RS Thomas talks about ‘The Kingdom’ breaking in. The kingdom of love, compassion and healing broke into the life of the paralysed man on the stretcher, lowered through the roof. Perhaps even now as neighbours help one another, as volunteers deliver groceries to the sick, as medical staff risk their lives to save their patients, perhaps that kingdom is breaking in. When this pandemic has ended, when we are allowed to go out again, to leave the confines of our attics and living rooms, hopefully we can experience that kingdom of love afresh in our communities into which we are released. Adrian Alker. Chair, PCN Britain

I loved reading Simon Cross’s reflections about learning a lot about life from his laundry. During these troubling times we have all had our lives turned up side down and been confronted with problems we could never have envisaged before. As for me I have been confronted with a dilemma that before these strange times I could never have conceived possible – not in my wildest dreams! We have literally got too much beer! Yes! Too much beer! Now, like many people, I have had my share of hard times. As an impoverished student there were times when I wasn’t sure where the next beer was coming from. I had to choose between paying my rent, eating healthily and staying warm, and there wasn’t always enough money left over for beer. I won’t make any secret of the fact that I do enjoy a good pint and of course what you can’t have you tend to crave even more. Those student days were a long time ago but I have maintained a liking for beer. We generally keep a modest supply in our home so that after a hard day at work we can relax in the evening with a refreshing pint, or maybe two. So in these uncertain times when supermarket shelves have been stripped bare, have I been guilty of panic buying beer? Not so! My husband is the manager of a pub and now that the pub is closed he has had to clear out the cellar and remove barrels of beer that will ‘go off.’ Each barrel contains 72 pints and we have 4 barrels. The beer needs to be consumed within the next week before it goes off, but if we decant it into bottles to leave on neighbours’ doorsteps it will only last a couple of days. Although we have some lovely neighbours who have valiantly offered to help us it still leaves us with 288 pints to consume – just the two of us plus the dog! In his message Simon pointed out that the main thing the laundry had taught him was the importance of getting on with the stuff of everyday life. So what has beer taught me about life? Well, apart from the old adage ‘be careful what you wish for,’ I guess it has taught me to keep everyday problems in perspective. There are so many people facing previously unimagined hardships and horrors. There are those who are poorly with the virus and so keeping isolated and scared, there are those who are really ill with it and hospitalised fighting for their very lives and their loved ones who can’t be with them, and there are many who live alone and self-isolating and are worried and lonely. And then of course there are our wonderful front-line workers, who risk their very lives in their dedication to looking after us and keeping us safe. It is to these people that I raise a glass…or two… or maybe three ……. Mo Lawson-Wills. PCN Trustee and beer drinker

THE FOOL ON THE HILL As I write this it is April Fools’ Day, not quite the fun day we are used to this year. Though I did read somewhere that Easter might be postponed until later in the year. Not sure whether that was serious or not. I’m only an occasional church attender these days but in my previous life as a Baptist Minister, the best sermon I ever preached was when April 1st coincided with Good Friday. It’s an old Beatles song of course but can it be a bit more than that for those of us who want to think radically about the Christian story? There’s a graffito in the catecombs in Rome that shows a man kneeling at a cross with a donkey’s head on it – ‘Alexamenos worships his god’. A real human person, nailed to a cross, probably naked, dying in genuine pain on a rubbish dump. Hardly the stuff of legendary gods and heroes. ‘Foolishness to the Greeks’ said Paul and, dare I suggest, an embarrassment throughout most of Christian history. The cross is a place which exposes our very worst and yet displays us at our very best. It has nothing to do with appeasing a God either through sacrifice or atonement. But it does tell us that what we so often count as nothing is in fact the soul of our common humanity. What looks foolish is wisdom. What looks like nothing is everything. There are plenty of heroes for us to admire during the current crisis. 2 members of my extended family are working in our NHS. 2 others are still teaching children online. Another is creatively home-educating. No-one’s going to devalue their contribution. But many of those who are keeping the show on the road are the so-called ‘low-skilled’, whose work is usually seen as of little value; the cooks and cleaners, the bin-collectors and delivery drivers, the shopworkers and fruit pickers – if ‘taking back control’ doesn’t mean they won’t be there when we need them. The Church loves its power. It always has done. (I’m currently reading Hilary Mantel!) Its metaphors for God have so often been about authority: kings, emperors, rulers and so on. But maybe the most important person in the Court was the fool; the one who held our human pride up to ridicule and pointed the way to a path that many would consider ridiculous – service, compassion, self-giving, love. When all this disruption is over, perhaps, if anyone is left, our churches might focus more on the powerless fool on the hill. Not on enjoying the trappings of social status that put him there. Ben Whitney See www.ben-whitney.org.uk for details of my new book, ‘The Apostate’s Creed: Rethinking Christianity for the C21st’.

I have been thinking about the concept of service over the past few days. I, along with many others across the country, went outside at 8pm last Thursday to applaud the NHS workers. I have friends who work within the NHS and describe it as a calling, from the A&E nurse to the physiotherapist, the doctor working with stroke patients in rehab and even the hospital pharmacist. Each of them talks of being called to their work in some way. But what of those who are not called but still serve? My husband is a key worker working in a Post Office, he has a great sense of community service and he and his parents are ensuring that essential services are maintained. They were not called to run a Post Office, they took a business opportunity when it presented itself, but still they serve willingly. The business is theirs and they can close it at any time but choose not to. What then of those who found themselves working in shops, not because they were called to do so, although some undoubtedly are, not because they wish to serve but simply because the bills must be paid? These are people who have been thrust to the frontline of service. I see shop workers with no protective equipment, delivery drivers going to homes, and as I write this we have a plumber trying to fix the float valve in our hot water tank. Is their service lesser because it doesn’t involve care for the sick? Arguably during a time of self isolation delivering food is as much care for the sick as administering medicine. Is their service greater as they have been instructed rather than called? One friend who works in a shop knows that he must attend work but is scared and resentful of having to leave his family and put himself at risk, and yet he goes anyway because he is needed. He has no calling to balance his fears. Is it greater? Lesser? Or simply different? The courage to minister to the sick knowing that you are putting your life at risk is awe inspiring and that is why I opened my front door and applauded. But, sitting comfortably and safely in my own home, I am also somewhat in awe of those rubbish collectors, shop workers, delivery drivers and many more who keep us functioning in these difficult times. Stay well, Sarah PCN Administrator