Liberals, however, must surrender their scepticism of leadership, eldering, or authority, and find what is good, healthy, and deeply true about a foundational order. 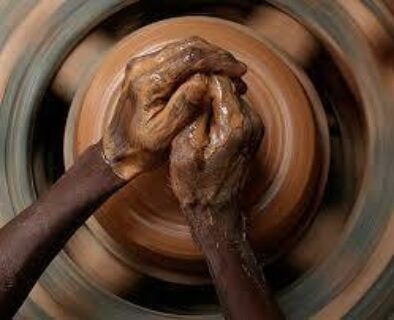 There seems to be a universal pattern of spiritual transformation that takes us from Order, through Disorder, to Reorder. Order, by itself, normally wants to eliminate any disorder or diversity, creating a narrow and cognitive rigidity in both people and systems. Disorder, by itself, closes us off from any primal union, meaning, and eventually even sanity in both people and systems. Our focus of this week is Reorder, or transformation of people and systems, which happens when both are seen to work together. Like most other kinds of growth, this spiral probably happens over and over throughout our lives, and reveals itself in the Bible: Garden of Eden —> Fall —> Paradise. Walter Brueggemann teaches three kinds of Psalms: Psalms of Orientation —> Psalms of Disorientation —> Psalms of New Orientation. [1] Christians call the pattern Life —> Crucifixion —> Resurrection. Many now speak generally of Construction —> Deconstruction —> Reconstruction. We are indeed “saved” by knowing and surrendering to this universal pattern of reality. Knowing the full pattern allows us to let go of the first order, accept the disorder, and, sometimes hardest of all—to trust the new reorder. Every religion in its own way is talking about getting us to the reorder stage. Various systems would call it “enlightenment,” “paradise,” “nirvana,” “heaven,” “salvation,” “springtime,” or even “resurrection.” It is the life on the other side of death, the victory on the other side of failure, the joy on the other side of birthing pains. It is an insistence on going through—not under, over, or around. There is no nonstop flight to reorder. To arrive there, we must endure, learn from, and include the Disorder stage, transcending the first naïve Order—but also still including it! It amounts to the best of the conservative and the best of the liberal positions. People who have reached this stage, like the Jewish prophets, might be called “radical traditionalists.” They love their truth and their group enough to critique it; and they critique it enough to maintain their own integrity and intelligence. These wise ones have stopped overreacting but also over defending. They are usually a minority of humans. Based on years of spiritual direction, I have observed that conservatives must let go of their illusion that they can order and control the world through religion, money, war, or politics. True release of control to God will show itself as compassion and generosity, and less boundary keeping. Liberals, however, must surrender their skepticism of leadership, eldering, or authority, and find what is good, healthy, and deeply true about a foundational order. This will normally be experienced as a move toward humility and real community.