on a Church which has failed to address clericalism

The late 60’s was a time of great hope for reform. Nothing we then thought would be quite the same again. 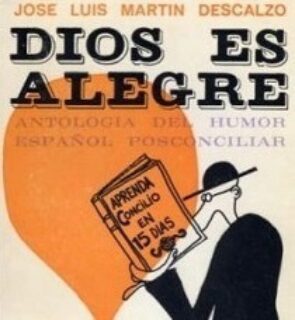 In the 1960’s bishops gathered to consider the great issues affecting the church. I was a student at Salamanca in the late 60’s at a time of great hope for reform. Nothing we then thought would be quite the same again. For a young student it was extraordinarily exciting. It was a good time to be alive. The illustration for this blog is the front cover of a slim volume showing a priest reading a book, published by Propaganda Popular Catolica, entitled “15 days to understand the Council” – it was a time of humour alongside the hopes.

There was the real hope of an opening up of the church to other Christian churches and other religions. Hopes too for far reaching reform of structures with a model of Church less a pyramid more a circular model.

Yet now I look on a Church which has failed to address clericalism, to put into practice the devolution of power to local churches and still centralises everything in Rome. Certain clerics have taken up an obsession with silken vestments and pompous rituals. A Church seemingly envisaging a smaller, purer church that can and should turn its back firmly on the world.

The landscape of the church is very different from that of 1960’s. When I was a student the Spanish Church had 40 colleges in the city of Salamanca to train priests. Now the vista is one of a shortage of priests, the collapse in church attendance and religious vocations, the abuse crisis, the disconnection between official teaching and sexuality and what many Catholics believe, and the total the alienation of many women and young people from the church.

In those far off days I sang of my happiness to enter the house of the Lord – “Que alegria quando me dijeron…” now it would be a lament.