Dairmaid MacCulloch tells of a 'wise old Dominican friar' who informed him that God is not the answer. Rather, God is the question. The presumption is that the friar was Herbert McCabe. Another philosopher engaging with that suggestion is William Irvin writing in The New York Times. 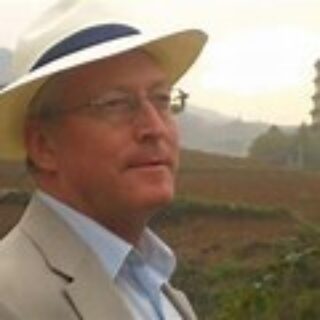 God Is a Question, Not an Answer

The Stone is a forum for contemporary philosophers and other thinkers on issues both timely and timeless.

Near end of Albert Camus’s existentialist novel “The Stranger,” Meursault, the protagonist, is visited by a priest who offers him comfort in the face of his impending execution. Meursault, who has not cared about anything up to this point, wants none of it. He is an atheist in a foxhole. He certainly has not been a strident atheist, but he claims to have no time for the priest and his talk of God. For him, God is not the answer.

Some 70 years later, Kamel Daoud, in his 2013 novel “The Meursault Investigation,” picks up the thread of Camus’s story. In one scene late in that novel, an imam hounds Harun, the brother of the unnamed Arab who was killed in “The Stranger.” In response, Harun gives a litany of his own impieties, culminating in the declaration that “God is a question, not an answer.” Harun’s declaration resonates with me as a teacher and student of philosophy. The question is permanent; answers are temporary. I live in the question.

Belief without doubt would not be required by an all-loving God, and it should not be worn as a badge of honor.

Any honest atheist must admit that he has his doubts, that occasionally he thinks he might be wrong, that there could be a God after all — if not the God of the Judeo-Christian tradition, then a God of some kind. Nathaniel Hawthorne said of Herman Melville, “He can neither believe, nor be comfortable in his unbelief; and he is too honest and courageous not to try to do one or the other.” Dwelling in a state of doubt, uncertainty and openness about the existence of God marks an honest approach to the question.

There is no easy answer. Indeed, the question may be fundamentally unanswerable. Still, there are potentially unpleasant consequences that can arise from decisions or conclusions, and one must take responsibility for them.

Anyone who does not occasionally worry that he may be a fraud almost certainly is. Nor does the worry absolve one from the charge; one may still be a fraud, just one who rightly worries about it on occasion. Likewise, anyone who does not occasionally worry that she is wrong about the existence or nonexistence of God most likely has a fraudulent belief. Worry can make the belief or unbelief genuine, but it cannot make it correct.

People who claim certainty about God worry me, both those who believe and those who don’t believe. They do not really listen to the other side of conversations, and they are too ready to impose their views on others. It is impossible to be certain about God.

Bertrand Russell was once asked what he would say to God if it turned out there was one and he met him at judgment. Russell’s reply: “You gave us insufficient evidence.” Even believers can appreciate Russell’s response. God does not make it easy. God, if he exists, is “deus absconditus,” the hidden God. He does not show himself unambiguously to all people, and people disagree about his existence. We should all feel and express humility in the face of the question even if we think the odds are tilted heavily in favor of a particular answer. Indeed, the open-minded search for truth can unite believers and nonbelievers.

In a previous essay in The Stone, Gary Gutting re-conceived Pascal’s wager. Rather than consider it as a bet on whether God exists, which has tremendous consequences on one side and relatively trivial consequences on the other, we should consider it as a bet on whether to embrace a “doubt of indifference” or a “doubt of desire.” A doubt of indifference is simply a matter of not caring, and it has no clear benefits. By contrast, a doubt of desire approaches the question with the hope that a higher power could be found that would provide greater meaning and value to human existence. As Gutting sees it, the choice is obvious.

Of course, nonbelievers will object that there are various secular alternatives for finding meaning and value in life. Additionally, there is an assumption built into Pascal’s wager that we are talking about the God of the Judeo-Christian tradition. Nonbelievers may see no reason to favor that particular deity. So Gutting’s “doubt of desire” needs to be more explicitly conceived as an openness to the question in which the nonbeliever explores what various religious traditions have to offer. The nonbeliever might embrace the ethical teachings of Christianity, the yogic practices of Hinduism, the meditative techniques of Zen Buddhism, or any of the vast array of teachings and practices that the world’s religions have to offer. Such embrace may lead the nonbeliever to belief in God, or it may not.

This proposal should be taken in the other direction as well: There should be no dogmatic belief. The believer should concede that she does not know with certainty that God exists. There is no faith without doubt. The Trappist monk Thomas Merton wrote that faith “is a decision, a judgment that is fully and deliberately taken in the light of a truth that cannot be proven — it is not merely the acceptance of a decision that has been made by somebody else.”

Indeed, belief without doubt would not be required by an all-loving God, and it should not be worn as a badge of honor. As nonbelievers should have a doubt of desire, so, too believers should have a faith inflected by doubt. Such doubt can enliven belief by putting it at risk and compelling it to renew itself, taking it from the mundane to the transcendent, as when a Christian takes the leap of faith to believe in the resurrection.

What is important is the common ground of the question, not an answer. Surely, we can respect anyone who approaches the question honestly and with an open mind. Ecumenical and interfaith religious dialogue has increased substantially in our age. We can and should expand that dialogue to include atheists and agnostics, to recognize our common humanity and to stop seeing one another as enemy combatants in a spiritual or intellectual war. Rather than seeking the security of an answer, perhaps we should collectively celebrate the uncertainty of the question.

This is not to say that we should cease attempts to convince others of our views. Far from it. We should try to unsettle others as we remain open to being unsettled ourselves. In a spirit of tolerance and intellectual humility, we should see ourselves as partners in a continuing conversation, addressing an enduring question.

William Irwin is a professor of philosophy at King’s College, the author of “The Free Market Existentialist: Capitalism Without Consumerism” and the general editor of the Blackwell Philosophy and Pop Culture Series.

Now in print: “The Stone Reader: Modern Philosophy in 133 Arguments,” An anthology of essays from The Times’s philosophy series, edited by Peter Catapano and Simon Critchley, published by Liveright Books.