In Defence of Doubt

Starting on 18th June, PCN Britain and the Open Christianity Network Ireland are sponsoring a tour of the United Kingdom by Dr. Val Webb, who will be speaking on the new edition of her book ‘In Defence of Doubt: an invitation to adventure’ 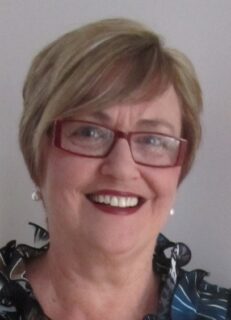 Seventeen years ago, I wrote a book called In Defence of Doubt: an Invitation to Adventure. It was written in ''white heat,'' the summer we moved from Australia to the United States. Such moves are always dislocating because you leave behind old friends and rituals, but they are also '' first-day-of-the-rest-of-your-life'' moments where you have a chance for self examination.

I grew up a God-intoxicated, evangelical Christian but struggled all the while with doubts about many Christian ''truths'' I had to believe. In my religious tradition, doubt was frowned upon. The more one could just believe without question, the better a Christian they were. Remember how the disciple Thomas was demonized as ''doubting Thomas'' because of the verse that followed his question - ''Blessed are those who believe without seeing the evidence''.

After a couple of degrees in science and a career in art, I went back to university in mid-life to do religious studies to get answers to my questions, even if it meant walking away from Christianity. Now, in this new country, it was time to put down on paper something composting within me -- that doubts were not negatives but positives, sand that irritates the oyster long enough to produce a beautiful pearl. It was time to pay attention to my doubts rather than squeezing my feet into someone else's certainty.

This book has been one of my most popular books because, seventeen years ago, books celebrating doubt were rare within church walls unless they talked about people overcoming their doubts once and for all. Today, hoards of people have walked away from religion, scandals are perpetuated by God's earthly representatives and new atheists preach in public places, but still many churches promote a style of Christianity that demands we believe, like the Queen in Alice in Wonderland, six impossible things before breakfast. This is why Mosaic Press asked me to update and expand my book In Defence of Doubt for our present time. It was published six months ago.

In every other area of life -- science, arts, philosophy, experience -- creative doubt leads to new ways of seeing. Why this disconnect in religion? Why has the Bible been treated for so long as a magic book? Why do people have to squelch their doubts because they are told the Bible contains the unadulterated words of God? Yet honest doubt has long been central to our religious history. The psalmists raged against Divine absence and Job refused to be quiet. Early Christianity was a ferment of doubt and discussion until Emperor Constantine insisted on one orthodox truth written in church creeds. Martin Luther challenged his superiors after years of blaming himself for his doubts, writing that '' ... for more than a decade I curbed my thoughts with the advice of Solomon, 'Do not rely on your own insight' (Prov. 3:5). I always believed there were theologians hidden in the schools who would not have been silent if these teachings were impious'''. And Mother Teresa? She is the first to spring to mind whenever an example of great faith is needed. Yet when her letters to her confessor were published in 2007, they tell of years of darkness and doubt in her soul, unable to feel God's presence, even as she was accomplishing so much.

People today are learning to trust their own experience and listen to the world around them, calling themselves spiritual not religious, because many claims long protected by religious traditions no longer make sense. In the seventeen years since my original book, the public market place has been flooded with books on progressive religious thought inviting all the questions. Scholarship no longer belongs exclusively to the professionals to selectively dispatch.

This new edition of my book ''In Defence of Doubt'' gathers all this together, reflecting on the past and celebrating the changes of the last decades. There are chapters on people through the centuries who doubted boldly and changed the world; on some who did not survive the assault on their doubts; on paradigm changes in religious thinking; on process theology and progressive Christian movements; on hospitable and inclusive church communities and on dialogue with other religious traditions.

For myself, I no longer think about doubt as a separate entity but as a natural and welcome part of any healthy life -- doubt and faith dance together. Doubt and faith are not opposites. Doubt is the intellectual discrepancy between what we experience as faith in something and what we are told to believe. Doubt always leads us to fresh ideas and a more authentic life. Defence of doubt evolves to celebration of doubt!