If you want to find God buy yourself a rose, says an old Chinese parable.

Being vague is a whole way of life. I would form a society to promote this idea but we already have Anglicanism. 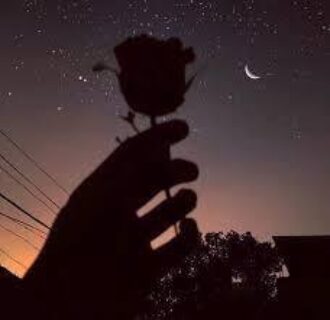 Reflections of a retired prison chaplain Christians talk of heaven but realists know better, for such talk, as my grandfather used to say, is “nothing but kidology.” I shared a bedroom with my grandfather as a child and this same grandfather used to say to me on a hot summer’s night, “You and me shouldn’t be in here lad, on a night like this, we should be laid beneath the stars.” At the time I didn’t know what he was on about, as he was getting on for 80 and for life in me, I couldn’t imagine him every doing that kind of thing. But later having had experience, and having a few more years under my belt, I came to realize that he was speaking of the First World War and of a time, possibly several, when in either Belgium or France in some trench, some field or in some wood, he had laid beneath a star studded sky and had not only marveled but found it instilled with a meaning, that had effected this ‘atheist’ so much, that sixty years later, he wanted not only to return to it, but take a grandson with him to share such experience. My grandfather need not have worried about me. Actually, I don’t think he did. I got up one morning in the twilight hours, and went outside and sat under the stars until the sun rose. I don’t know how old I was but I was old enough to know that my mother would have killed me for being up, let alone outside. As I made my way outside, every stair creaked, as if determined to tall my parents that I was up to something. Yet in the beauty of that sunrise, the first I had ever witnessed, I had a mind-blowing experience, that convinced me, that even amidst splendour and immensity, that somehow, I mattered. I must have been going to church by this date, as unlike my grandfather, I conceived the event in religious terms but he clearly didn’t. - I have never agreed with atheists but I will say one thing in their favour, they don’t grass you up. I had never thought of this before but sharing a bedroom my grandfather would have known that I was up and about. For a long time now, I have recognized that such experience is fairly common and by no means confined to Christianity. Central to Jesus’ teaching is the Kingdom of God and he urges us to find this at all cost. While he never defines what he means by the Kingdom, I think he is taking about finding God for ourselves, not in miraculous happenings but within this ordinary everyday world. He talks in story and he thinks in story and this is evident in his extensive use of parables. “The sense of divineness in the natural order is the major premise of all his parables.” (Dodd) If you want to find God buy yourself a rose, says an old Chinese parable. The start of the spiritual journey is to wonder and see things afresh. Jesus puts it slightly differently, telling us that we need to be child like to enter the Kingdom of God. So, let’s put our toys away and play with the box; have a simpler approach to things. Archbishop William Temple wrote in terms of the “sacramental universe,” arguing that everything in creation has the capacity to speak to us of God. I agree and like such understanding. I used to crave for certainty. Then I realized that all the killings and murders in history have been committed by those who were certain of their truths. No one ever killed another on the off chance they might be right. Being vague is a whole way of life. I would form a society to promote this idea but we already have Anglicanism. Revd Alan Hirst