If I were a butterfly…….thoughts on life after death: Adrian Alker

‘The God that I have met in Jesus calls me to live fully, to love wastefully, and to be all that I can be’. 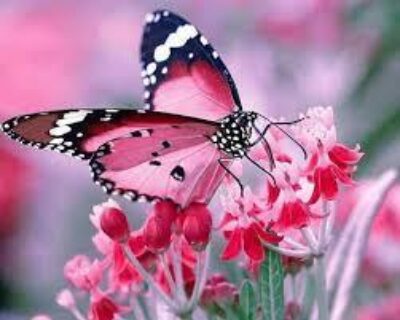 I have great respect for Bishop James Jones, the former bishop of Liverpool, who did so much to support the many grieving Liverpool families seeking justice after the 1989 soccer tragedy. Jones was adviser to the then Home Secretary on the Hillsborough enquiry. Ninety-six people lost lives then and today we face the reality of over 46,000 deaths, and rising, in the UK from Covid 19. No surprise then that bishop Jones chose to speak of death and new life as his ‘Thought for the Day’ on radio 4 on August 3rd. I confess that I usually switch off the radio for 5 minutes at this point since I tire of bland religious outpourings amongst the news items at breakfast. But on this day I thought I would listen and learn. In reflecting upon the tragic loss of so many lives due to the Covid 19 virus, Jones spoke of children talking about loved ones going to ‘heaven’, whilst adults, often with a faith smaller than a seed, listen to them and go along with their hopes whilst quietly doubting their certainty. Many of us who might describe ourselves as progressive, radical or liberal, when it comes to a Christian faith, might also express a little doubt, even agnosticism about any future life. Some might make a downright rejection of any such ‘pie in the sky’ thinking. Indeed, the question of what happens to us when we die is one of the most divisive issues between people of faith and no faith and within faiths. For Christians the biblical authority is complex to say the least. In his Thought for the Day, Bishop Jones speaks of Christ rising from the dead as a basis for our hope but for critical scholars of the bible nothing about the resurrection of Jesus is straightforward. There is disagreement over the historical veracity of the gospel accounts; there is complexity and confusion over what resurrection means, and about the relationship of the resurrection of Jesus to the resurrection/life after death of others. Tom Wright sees any personal hope of resurrection to be located within the larger hope of a renewal of the whole created world. Scholars such as Crossan deny the possibility of any physical, bodily resurrection. Borg sees the idea of resurrection as a sense of empowerment to the early disciples to continue the kingdom work of Jesus filled somehow with his spirit. That’s a bit like the Christian Aid slogan, ‘We believe in life before death’. Bishop Jones did not offer that simplistic formula beloved of many evangelical Christians (and indeed the orthodox teachings of the western church) that somehow Christ’s death meant that he unlocked the gate of heaven and let us in, to quote the popular Good Friday hymn. No, Jones used another illustration of a red admiral butterfly landing on the lectern as he was conducting the funeral of a relative. The story which nature tells us, he remarked, is that we, like butterflies which have emerged from their caterpillar state, will also live on in a different form of body but we are the same creature. All this he concludes is part of the ‘mystery of death’. Like Jones I have spent my 40 years of ministerial life conducting many funerals, many of them tragic. I have wrestled with my own faith, my own experiences, my reasoning and of course my hopes. Like us all, I want to offer comfort, compassion and kindness. But re-assurance? I want to think there is more to life than this one shot at it. I want to think that there needs to be a just accounting for someone’s deeds, if not in this life then by a God of justice in some other realm. But is my heart ruling my head? More and more people in our own society seem also to be unconvinced by the claims of orthodox faith, which is probably one reason why there is a huge increase in humanist funerals. We prefer to remember the life of our dearly departed than to hear platitudinous certainties about their future. But there is also a question of honesty here. How many ministers and clergy are prepared to share publicly their honest doubts about the likelihood of life after death? Those first followers of the Way lived in the expectation of the parousia, the coming again of Jesus, now worshipped as the Christ, the anointed one of God. Today Christians hold many seemingly contradictory beliefs about future life beyond death. Does afterlife begin when Christ comes again in all his glory to judge the living and the dead? Or do we look forward to a place in heaven straight away, as it were? And who else might be found in that heaven? Is it just for the 144,000 to be saved, based on a literal reading of Revelation 7.4? Will heaven hold those of other faiths who have tried to lead godly lives? And what of hell and purgatory? And a thousand other unanswerable questions about life and death and Christian hope. For many of us, Easter is the vindication by God of the life of Jesus. This Jesus is the doorway into this God. To quote Jack Spong’s well-rehearsed mantra: ‘The God that I have met in Jesus calls me to live fully, to love wastefully, and to be all that I can be’. I am agnostic about a future life after death but convinced that an Easter people would indeed wish to live life fully and lovingly as God intended for his creatures. In the face of so much death from this pandemic, that surely means showing in acts of grace, compassion and service, the depths of human love and care for our neighbours on this planet. And that is as far as I can go as a progressive Christian. Sorry Bishop Jones. Adrian Alker